A news report by Bloomberg states that Bitcoin’s (BTC) uptrend is intact until it trades above the crucial level of $6,500. The report, prepared by Mike McGlone, an analyst at Bloomberg, also argues that Bitcoin is consolidating near the psychological level of $10,000.

He is of the opinion that decreasing volatility has caused the Bitcoin price Bollinger Bands to stay at record low levels.

According to him, Bitcoin is on the verge of a break out of the upper band reflecting a price level of $13,000. Additionally, he cautions that the price of Bitcoin should not drop below $6,500:

“Our graphic shows the upward sloping 260-day moving average on the crypto and bands that roughly marked the 2019 high and 2020 low for guidance. By this measure, when Bitcoin exits its cage, about $13,000 is a good initial resistance target. Sustaining below the bottom band at about $6,500 would jeopardize the uptrend.” 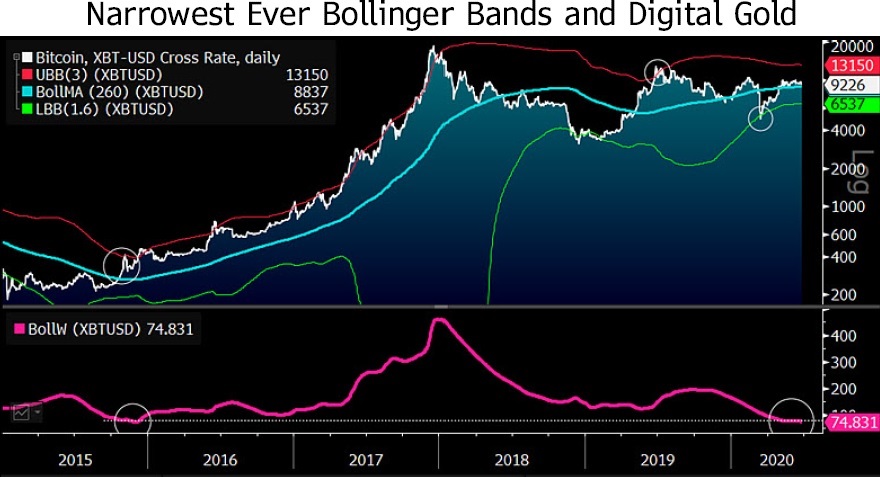 McGlone views that Bitcoin’s volatility in comparison with gold, based on same metric, is at the lowest level since the sharp surge in 2017, and even below the long-term average of 2011.

Japanese Company To Offer Loans That Are Secured By Bitcoin