As per Bloomberg’s newsletter dedicated to crypto related developments, an important on-chain indicator reveals that Bitcoin (BTC) is very much undervalued.

Mike McGlone, a crypto analyst at Bloomberg, trusts that record highs seen in Bitcoin’s hashrate in the recent past and especially, the 30-day average of frequently used Bitcoin addresses indicates a $15,000 price target for the numero uno crypto.

“The Bitcoin hash rate continues to increase and recently reached new highs. Also advancing are addresses used. A top metric for adoption, the 30-day average of Bitcoin addresses is equivalent to the price closer to $15,000 when measured on an autoscale basis since 2017.” 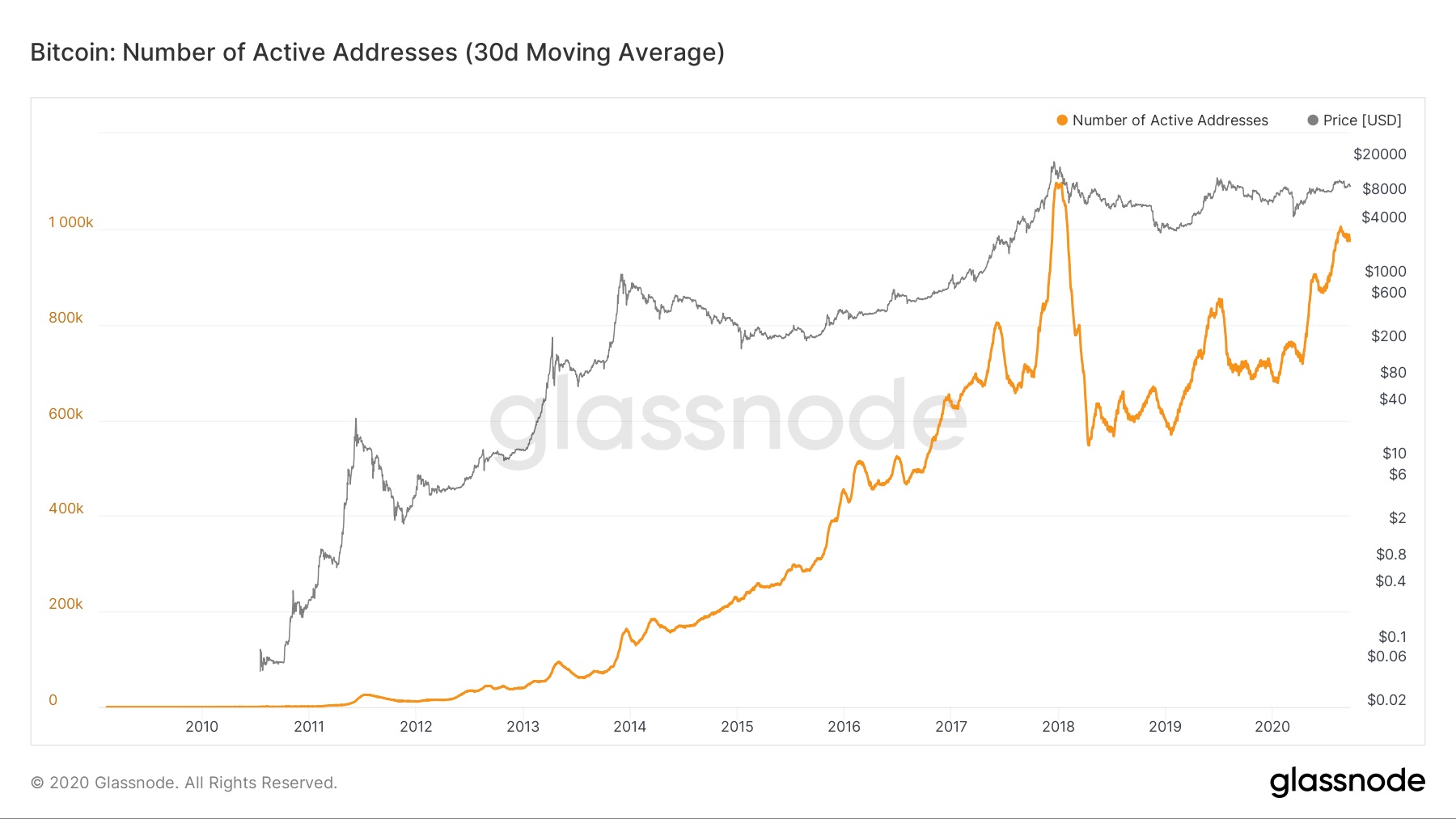 McGlone has been having a bullish view of Bitcoin during its highs and lows. According to him, Bitcoin leads the “paradigm shift toward digital money and stores of value.” Even though he accepts that there is a remote possibility of Bitcoin to fail, he feels that such a scenario is far-fetched. He finished by stating:

“Our graphic depicts primary on-chain metrics that would need to reverse for Bitcoin to not keep appreciating in price — the hash rate and active addresses.”

Factually, in spite of the downward pressure in the past few days, Bitcoin’s on-chain fundamentals remain robust, though there is no dependable method to determine when these measures will trigger a price correction.