Bloomberg’s latest report forecasts Bitcoin (BTC) to retest the historical highs of 2017 and even hit a high of $28,000 this year. The report states that Covid-19 has expedited Bitcoin’s ripening as an asset, proving its strength against the backdrop of falling equities.

Furthermore, it reflects the constantly growing demand from institutional investors, and Grayscale (GBTC), most notably. Of late, Grayscale investment has been acquiring roughly 25% of all the fresh Bitcoin generated.

“So far this year, its increasing AUM has consumed about 25% of new Bitcoin-mined coins vs. less than 10% in 2019. Our graphic depicts the rapidly rising 30-day average of GBTC AUM near 340,000 in Bitcoin equivalents, about 2% of total supply. About two years ago, it accounted for 1%.”

Bloomberg argues that the fall in premium for GBTC/BTC pair is a clear indication:

“The steadily declining premium in GBTC despite strong inflows indicates supply being taken off the market, and maturation. On a 30- day average basis, the Trust’s 20% premium over its underlying net asset value compares with the historical mean of 39%.”

The document states that “something needs to go really wrong” for Bitcoin to dip or remain at these levels, instead of going up. Further, it forecasts that Bitcoin will hit 2017 high of $20,000 and, if momentum persists, would even try to attain a record high of $28,000:

“Last year, the high was about $14,000, which would translate into almost double in 2020 if rotating within the recent band, and mean little in the big picture.”

As per the report, another key rationale for the Bitcoin rally is the quick rise in Tether’s (USDT) market capitalization, which has increased from $4 billion to $10 billion in a year. An increase in circulation of stablecoin, in general, reflects an increase in the adoption of crypto assets. 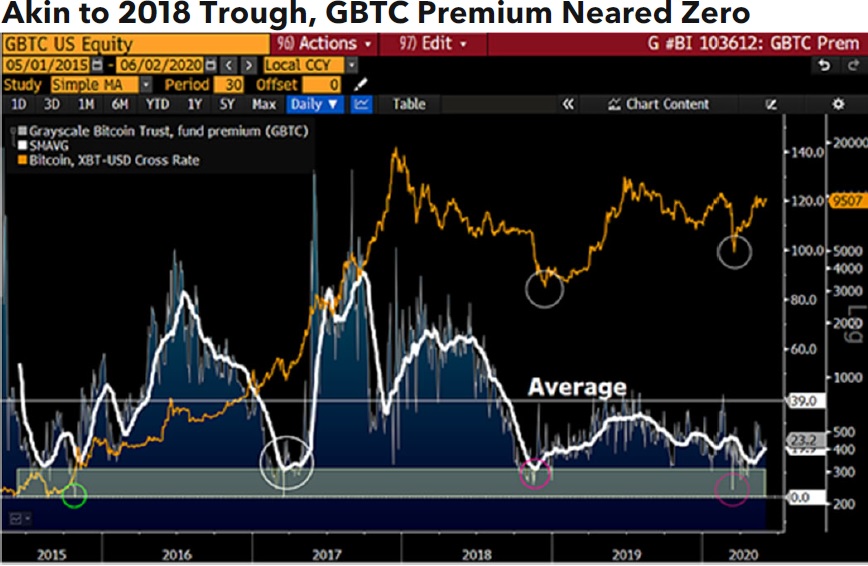 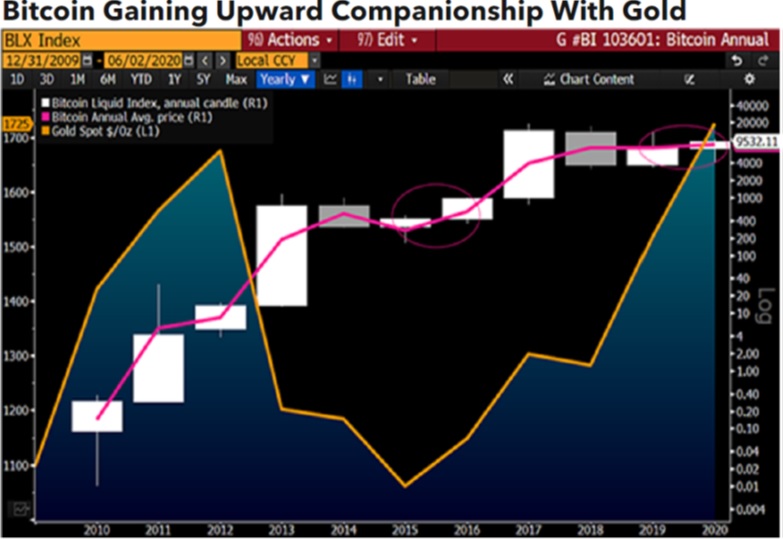 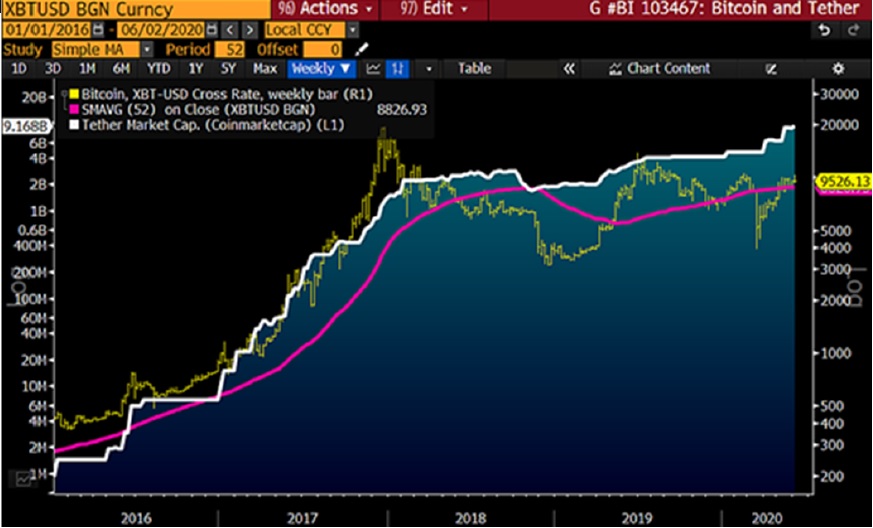 “Interest in digital links to the dollar represents the need to transact and store value in the world’s reserve currency without an intermediary. We can’t help but draw parallels to the adoption of paper currencies throughout history as the world today moves rapidly toward digitization.”

The third halving event has already gone through without any hiccups and with only six months remaining this year, only time can tell whether Bloomberg forecasts hold true.