Decentralized finance has grown in popularity in North America, according to digital analytics company Chainalysis. The blockchain and crypto focused research firm’s 2021 Geography of Cryptocurrency Report states that between July 2020 and June 2021, the monthly cryptocurrency transaction volume in North America increased by more than 1,000%.

It peaked at $164 billion in May 2021 before falling to a little more than $100 billion in June of the same year. North America’s continued dominance as one of the world’s biggest crypto marketplaces may be attributed in significant part to decentralized finance (DeFi), as per the study from Chainalysis.

Residents in North America transferred $276 billion in bitcoin to DeFi platforms between July 2020 and June 2021, making up 37% of the total transaction volume in the region. There was a total of $389 billion worth of cryptocurrency trading volume transmitted from Central, Northern and Western Europe between January and December of last year.

While many institutional-sized transactions have gone to platforms in decentralized finance, Chainalysis says “DeFi whales” are mostly accountable for the region’s transformation into the world’s largest cryptocurrency economy. Nevertheless, according to the study, retail investors dominated North American DeFi trades in 2020, with several purchases totaling less than $10,000. 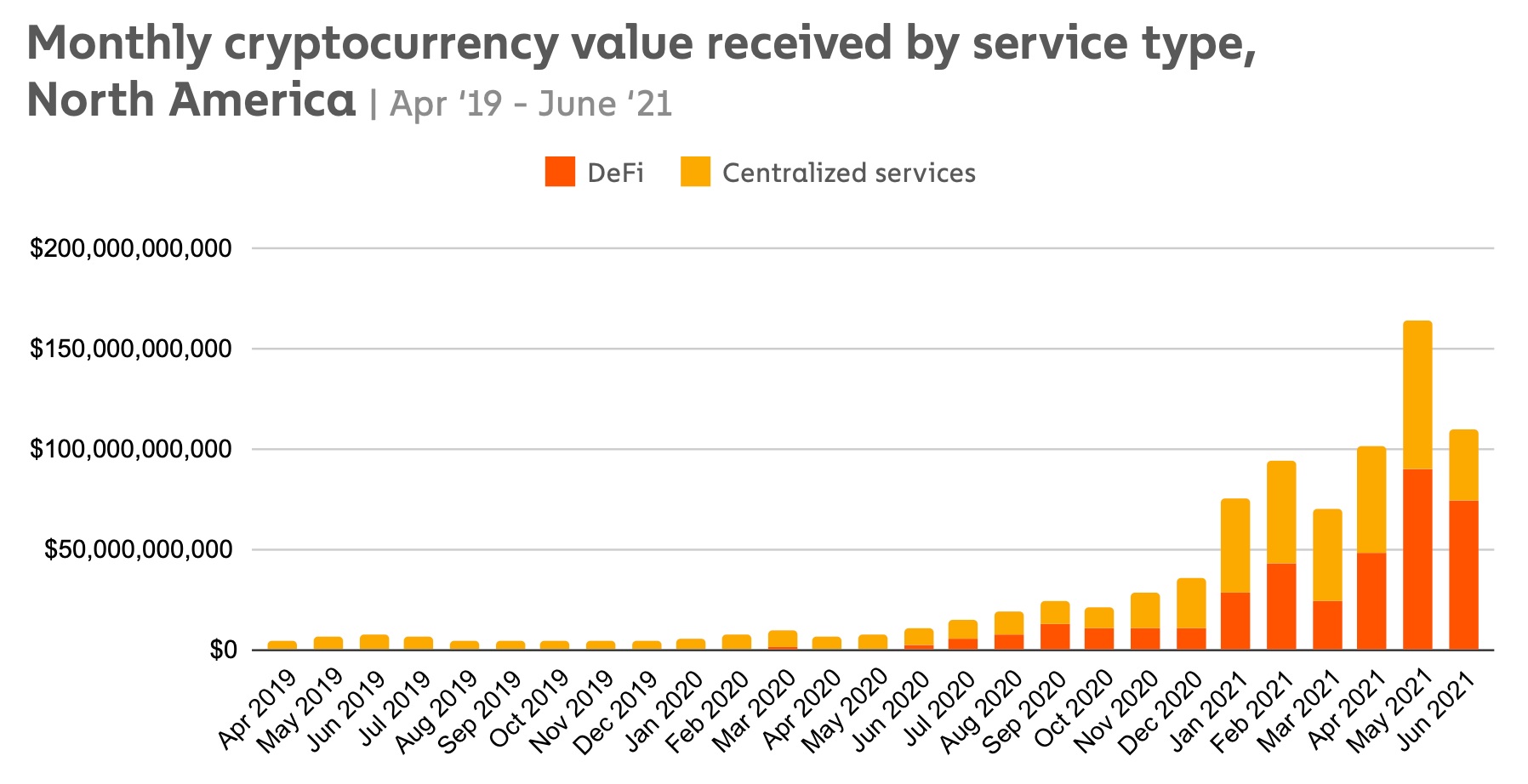 Between July 2020 and June 2021, Uniswap was North America’s most popular DeFi platform, with users sending over $100 billion in transaction volume. According to dYdX growth head David Gogel, DeFi is now aimed at crypto experts. When it comes to industry veterans, “it’s individuals who have the money to explore new things.” Beijin

Beijing’s crckdowns on cryptocurrency business and mining in the area are also causing a decline in the market in Eastern Asia’s cryptocurrency sector. Compared to the previous year, Chainalysis found that China’s P2P trading volume had decreased considerably, putting it in the 155th place globally.

In spite of a 452 percent year-over-year increase in cryptocurrency trades in Eastern Asia, the company deemed the area to be the “slowest-growing” in its study. According to Chainalysis, the restriction on cryptocurrency mining isn’t the only thing being felt in China’s economy.

“Official warning warnings have been placed on cryptocurrency applications, and the state has made additional measures such as advertising against it in state-sponsored media and possibly pushing on social media firms to conceal bitcoin-related information.'”