The crypto is still responding to the Ethereum (ETH) Merge transaction, which changed the blockchain’s status to Proof-of-Stake (PoS). Notwithstanding the event being billed as optimistic, the cryptocurrency market has seen capital exodus overshadowed by other reasons such as soaring inflationary pressure 24 hours later.

In fact, currently, the worldwide cryptocurrency market value was $958.83 billion, a decrease of around 3.2% or $32.24 billion from yesterday. Ahead of the scheduled Merge, a portion of the cryptocurrency industry predicted that the activity would likely cause the value of Ethereum to surge. Nevertheless, while preparing this report, none of the predictions have materialized, with ETH trading at $1,400, a decrease of about 10% during the timeframe.

Bitcoin (BTC) is also trading in the negative zone, falling below the critical $20,000 threshold. While preparing this report , the value of the cryptocurrency was $19,700. Even though the Merge does not look to have a beneficial short-term effect on the crypto market as a whole, the industry will require another optimistic story to spark a future climb.

In light of the successful completion of the Merge, bulls seem overbought, which may signal that the upgrade was a “buy the rumor, sell the news” occurrence. This situation is reinforced in part by a prior Finbold analysis indicating that Ethereum inflows to crypto exchanges began to increase on September 12 and totaled around 700,000 ETH before reaching approximately 1.7 million ETH on September 14.

Similarly, Ethereum’s social influence increased prior to the update. In instance, the asset’s social supremacy reached 14.79% on September 13 after increasing by 23.19% in a single month. Analogously, the chief strategy officer of cryptocurrencies management firm CoinShares, Meltem Demirors, said that macro environmental challenges may discourage fresh capital from joining Ethereum, alluding to the upgrade as a “buy the rumor, sell the news story.” 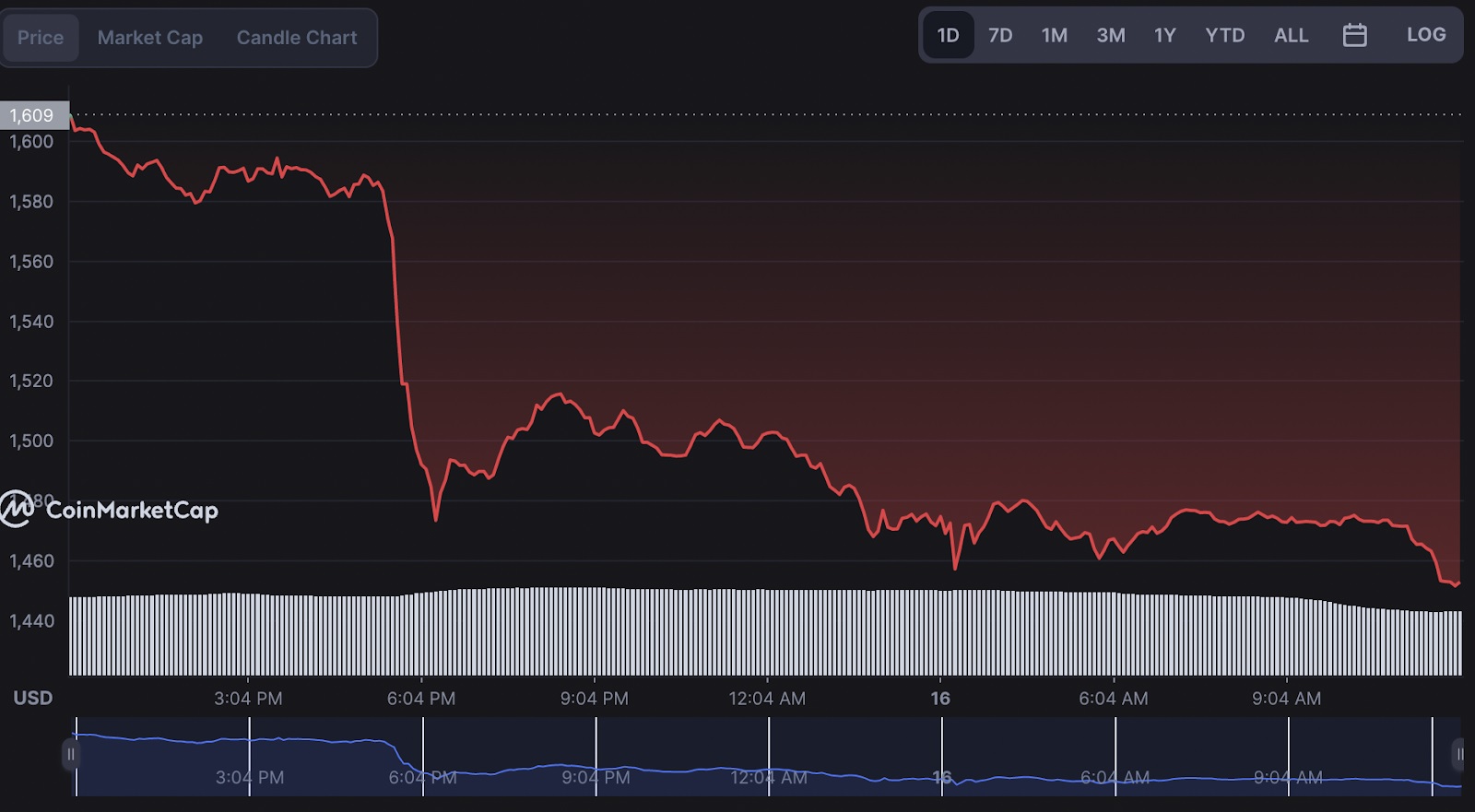 In addition, the sell-off looks to be the result of broad macroeconomic issues, with rising inflation serving as the primary catalyst. In response to the current inflation data, it is anticipated that the Federal Reserve would likely increase interest rates to manage the issue.

Seems clear to me; waiting until next FED meeting and probably until then markets will be down, pricing in the worst and 100bps.

According to cryptocurrency trading specialist Michal van de Poppe, the forthcoming FED meeting is thus seen as a crucial predictor of market direction. Overall, it is important to note that crypto specialists have said that the Merge would have a long-term favorable effect on the whole cryptocurrency market.