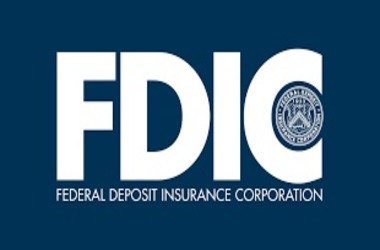 The US Federal Deposit Insurance Corporation (FDIC) has issued a public alert on its insured deposits. The group asserts that assets issued by non-banking institutions, such as crypto focused firms, are not insured. Friday, the Corporation encouraged banks in the United States to analyze and manage the risks posed by their third-party agreements with cryptocurrency businesses.

The FDIC said that deposits made with financial institutions are covered up to $250,000. The same security procedures did not apply to cryptocurrency exchanges, custodians, wallet providers, and non-financial institutions. As a result, in the event of collapse or insolvency, client cash stored on such platforms were at risk.

The FDIC asserts that some cryptocurrency firms deceived their consumers by suggesting they were qualified for FDIC insurance and that the organization would cover their funds in the case of company failure. According to the FDIC, these assertions are incorrect and might convince clients to deposit cash, putting them at risk in certain situations.

In 1934, the Corporation began protecting client bank accounts up to $250,000. Since that time, the government-run institution has not reported any losses on deposits put with FDIC-insured banks. According to the government agency, between 2001 and 2022, 561 insured banks collapsed. 157 other colleges collapsed in 2010.

The Corporation’s newest warning is in reaction to a Thursday letter from the FDIC’s enforcement division. In a joint statement, the organization and the Federal Reserve said that Voyager Digital deceived depositors on the institution’s FDIC insurance status.

Voyager, a cryptocurrency firm, filed for bankruptcy after discontinuing client withdrawals. The assistant general counsels of the FDIC assert that Voyager made “false and fraudulent” statements about being FDIC-insured when it urged consumers to purchase Bitcoin and other cryptocurrencies on its website.

According to the legal team, the Corporation would not pay Voyager consumers or any money produced for the firm. They went on to explain that such deceptive representations might lead to consumer confusion and legal consequences for organizations. False claims may result in cash transfers by individuals with insured bank links, putting the liquidity of banks at jeopardy. It is possible for profits to drop and capital risks to grow.