Soon after Tesla officially revealed their investment in Bitcoin (BTC), cryptocurrency markets have recorded a new landmark. For the first time on record, the crypto market has exceeded the market capitalization of Alphabet’s GOOG / GOOGL.

The cryptocurrency market capitalization has been on the rise against the backdrop of continuing cryptocurrency gains in 2020, breaching the $1 trillion level in the beginning of January.

Interestingly, within days after cryptocurrency markets breached Tesla’s market cap, the electric vehicle manufacturer revealed through a filing with the US SEC (Securities and Exchange Commission) that it has invested $1.50 billion in Bitcoin. 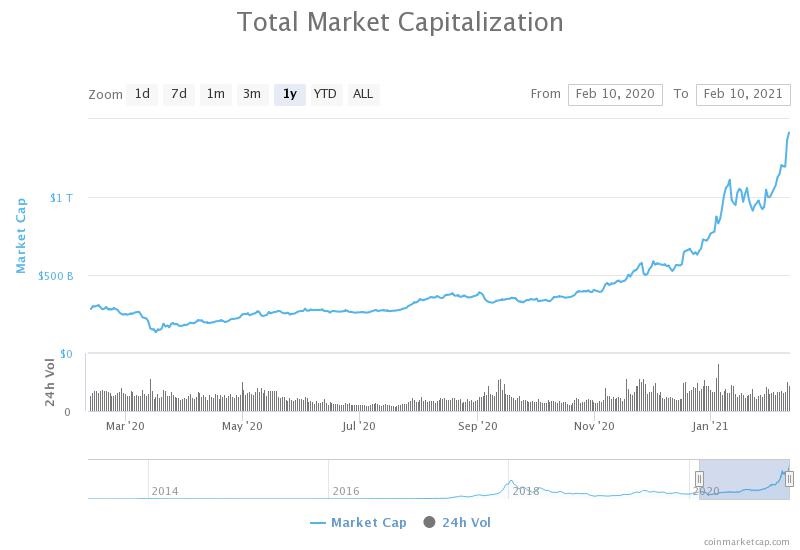 With respect to market cap, cryptocurrency market’s recent uptrend has now placed it beneath Amazon, Microsoft and Apple. Bitcoin (BTC) and Ether (ETH), just before the market cap hit a new record, reached $48,000 and $1,800, respectively.

Tesla’s investment in Bitcoin (BTC) has given rise to speculation that Apple could be the next enterprise to acquire the digital asset.