The aggregate value of all cryptos in circulation — a key indicator of the broader market’s condition — surpassed $2 trillion on Wednesday for the foremost time in nearly three months, providing strong proof that investors are regaining control.

As per Coingecko statistics, crypto asset prices reached $2.007 trillion on Wednesday as indicated by market capitalization. The cryptocurrency sector has increased by 4.6% in the last 24 hours. The market has gained 25%, or $400 billion, in the past five trading days.

Interestingly, the cryptocurrency market was valued at $1 trillion in January 2021 before tripling in the next three months. On May 11, asset prices reached at $2.6 trillion before a steep drop virtually reduced the overall market worth. A symbiotic relationship of factors is assisting crypto’s comeback. 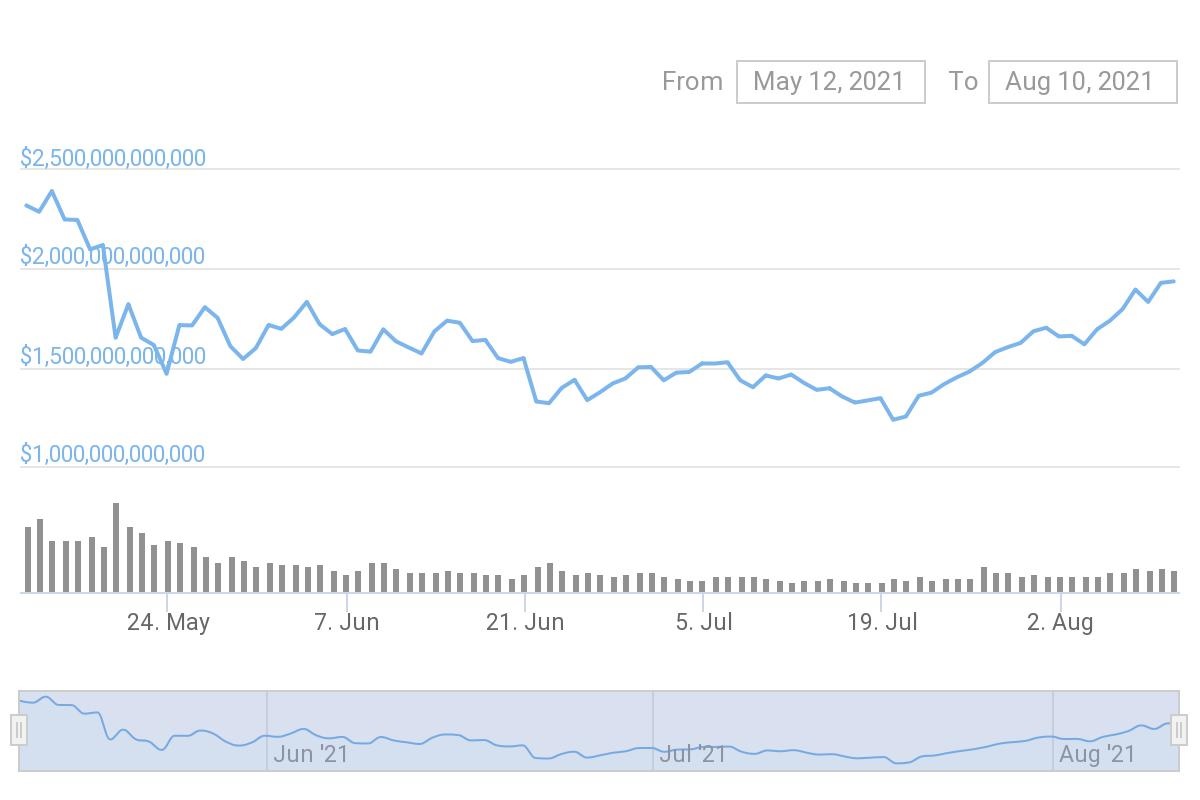 The rise has been fueled by a flood of institutional purchasing, sustained buying by individual investors, and billions in venture capital for cryptocurrency and blockchain focused companies. Undercurrents of supply-squeeze have been largely to blame for Bitcoin’s rise, which seems to have cleared the path for altcoins to reclaim their supremacy.

Notwithstanding some worrying legislative developments in the United States, cryptocurrency markets remain optimistic. Notably, President Biden’s infrastructure agreement just cleared the Senate without the much-required clarity on what defines a cryptocurrency dealer.

The Senate bill, which was approved a few days before, may enforce tax reporting obligations on protocol creators, which a large number of professionals in the crypto sector think are impractical. The measure is unlikely to be introduced in the House of Representatives until the end of this year