Nayib Bukele, the president of El Salvador, has once again shown his admiration for Bitcoin. Bukele made the bold claim through a tweet that the era of fiat currency may be coming to an end and also that Bitcoin is the “true revolution” that the world is witnessing at the moment.

Bukele further said that El Salvador is at the forefront of the Bitcoin age. In a statement posted on Twitter on Friday, the President of El Salvador declared that the “Bitcoin Experiment” has only resulted in the world adopting cryptocurrencies for better. As he pointed out, it is yet unclear what kind of influence the uptake of Bitcoin would have on a country’s economic situation.

He projected that, if all goes according to plan, the days of fiat money would be ended shortly. By focusing his remarks at fiat money as a whole, Bukele has brought up the issue of what will happen to the real currencies that are now in use across the globe.

Because Bitcoin is entirely digital and decentralized, it has the potential to achieve levels of acceptance that are significantly greater than those seen by any previous money. All it needs to do is demonstrate that it is more beneficial to a country’s economy than fiat money. Yet, for the majority of outsiders, the claim seems to be a far-fetched notion at the moment.

That is not the case for Bukele, who has worked hard to ensure that Bitcoin is recognized as a legal tender in his nation. He sees it as a means to help El Salvador’s economy recover from the effects of the epidemic. To put it another way, he views it as a way to reduce the approximately $400 million in fees that are paid by banks and financial organizations on money transferred to El Salvador by foreigners.

El Salvador purchased an aggregate of 400 Bitcoins when it authorized the cryptocurrency in September, with the intention of purchasing more in the future. It has followed through on its pledge, with its treasury holding more than 1,000 bitcoins at this point. The nation of El Salvador has also put more than 200 Bitcoin teller machines around the country, and it has provided incentives to individuals who choose to use the cryptocurrency in their daily lives.

International organizations have expressed skepticism about Bitcoin, despite the fact that the country’s leader is betting on it. Since the country’s decision to legalize Bitcoin, El Salvador has received numerous warnings from academics, who have advised the government to abandon the initiative.

The apparent explanation is that Bitcoin is much too unpredictable to be used as a legal tender in any country. Some of the most vocal detractors are international bodies such as the International Monetary Fund, which publicly criticized El Salvador’s decision to accept Bitcoin as legal cash.

According to the International Monetary Fund, the action created “serious threats to consumer safety, fiscal responsibility, and financial stability.” Even El Salvadorians were outraged when the choice was made and condemned it when it was implemented. Thousands of Salvadorans took to the streets in outrage in the regional capital, San Salvador, and blew off fireworks before the country’s Supreme Court building.

The demonstration venue was then surrounded by heavily armed police who were heavily militarized. In spite of the negative feedback, Bukele remains incredibly positive about Bitcoin, and for the time being, things appear to be heading his favor. Since formally embracing Bitcoin, El Salvador has made frequent purchases of the cryptocurrency for its reserve, generally when the price of the cryptocurrency falls.

As a result of the following rise in the price of Bitcoin, the government has been able to realize significant returns on its initial investment. El Salvador has stated intentions to use the proceeds from this sale to fund the construction of 20 “Bitcoin Schools” as well as other similar initiatives. Despite the fact that Bukele’s grand vision is to build the world’s foremost “Bitcoin city,” which would be supported by Bitcoin-backed debt, this is not the case.

The city, which will be located in the eastern part of La Union and run by geothermal power from a volcano, is now under construction. As a result, the city will be devoid of any taxes, with the exception of the value-added tax (VAT). As a result, it is understandable why Bukele is often outspoken about the advantages of switching to cryptocurrencies such as Bitcoin. Only time can tell whether or not something is the best course of action for a country in this situation. 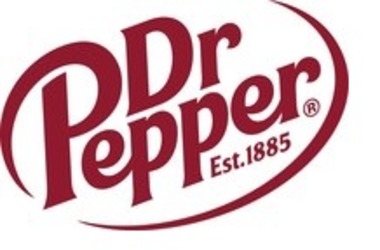