Bitcoin skeptic Steve Hanke has slammed Bitcoin (BTC) as always. In his most recent remarks, the Johns Hopkins University professor of applied economics and previous economic adviser to Ronald Reagan referred to Bitcoin as snake oil — a common phrase used to indicate a fraud.

He has also claimed that Bitcoin is extremely volatile, with an underlying value of zero. His remarks come at an opportune moment, as Bitcoin has suffered a significant drop in the past few hours, resulting in a 5% price crash that has sent it below the $45K support line.

While writing this article, Bitcoin was trading for $43,221, with a market cap of $814 billion. The numero uno cryptocurrency has vigorously pulled the broader market with it, with a marketshare of 42.7%. In the past 24 hours, the entire market cap has dropped by about 6%.In spite of the drop, the aggregate market cap is still hovering at about $2 trillion.

The famous economist, who has been skeptical of El Salvador’s passage of the Bitcoin legislation in the past few weeks, said on Twitter, “Don’t buy the #Bitcoin snake oil the crypto bulls are peddling. Because of its price fluctuations, vulnerability to deceit, and unpredictability, Bitcoin will never be acceptable as real money. Bitcoin is a wildly speculative investment vehicle with ZERO intrinsic value.”

Don’t buy the #Bitcoin snake oil the crypto bulls are selling. Its extreme volatility, susceptibility to fraud, and uncertainty are all reasons why BTC will never be suitable as a true currency. Bitcoin is a highly speculative asset, with a fundamental value of ZERO. pic.twitter.com/5u97iFumlI

In the most recent development, President Bukele confirmed that the government purchased the dip. The government has purchased an extra 150 Bitcoins and currently has 700 coins in its stockpile, as per the latest revelation. The president also advised that no body can beat the investors if every dip is used as an opportunity to purchase.

In spite of the drop, experts anticipate explosive fourth quarter. Lark Davis, a cryptocurrency analyst, is the most recent to make this forecast. Davis pointed out that in both 2013 and 2017, Bitcoin experienced a 300% price increase in Q4. According to the expert, the cryptocurrency would see similar increases this year.

He composed;
“I remain hopeful that Q4 will be a very bullish quarter for cryptocurrency, with bitcoin reaching $100,000 by the end of the year. I also believe that most people will become completely engrossed in the euphoria and book profit in the market. Don’t allow that happen to you!”

We just bought the dip.

REN Crypto Price Rallies as 10,000 BTC Gets Tokenized on RenBTC 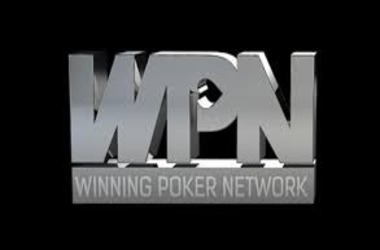