Ether (ETH), the native crypto of Ethereum blockchain, has recorded a new all-time peak of $1,924.56 earlier today as undercurrent of crypto markets continue to remain bullish. At the time of writing this article, Ether was trading at $1,899.29, up 3.6% in the last 24 hours.

After remaining range bound for a major portion of February, the top altcoin became active this week. In his latest update, Cointelegraph Markets analyst Michaël van de Poppe predicts a likely breakout that will lead the cryptocurrency to $2,200, provided bulls manage to comfortably hold above $2,000.

As the cryptocurrency has remained below the level for quite a long-time, there is need to consolidate above $2,000 so that there is no sharp retracement in price.

He summed up by stating “However, once again, quite a tricky breakout, so you basically have to watch that zone… at $1,820.”

Lack of support would push the crypto to $1,400 and that might happen if Bitcoin (BTC) undergoes a price correction from its all-time high of about $52,000, Van de Poppe cautioned.

Interestingly, Ether has eclipsed Bitcoin (BTC) in terms of gains this year, with year-to-date appreciation of 164% compared with 85% for Bitcoin/US Dollar pair. In the meantime, info related to crucial discussions has fueled Ether’s strong uptrend. 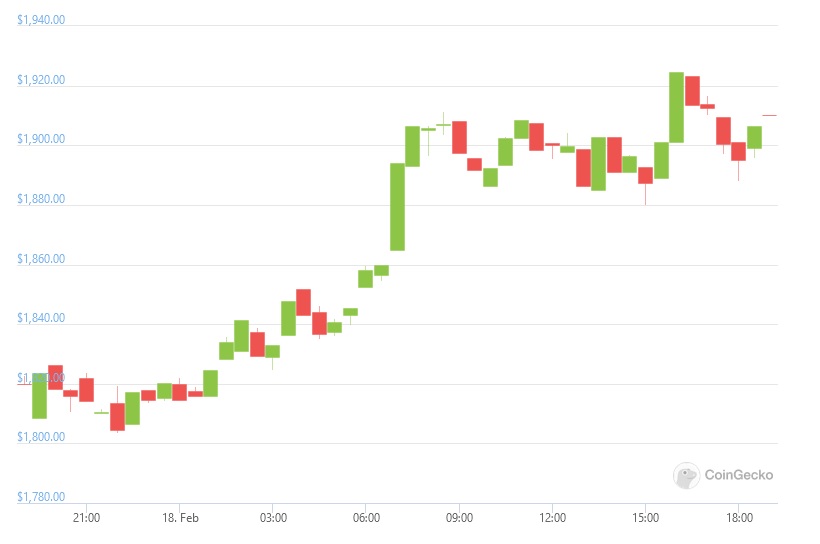 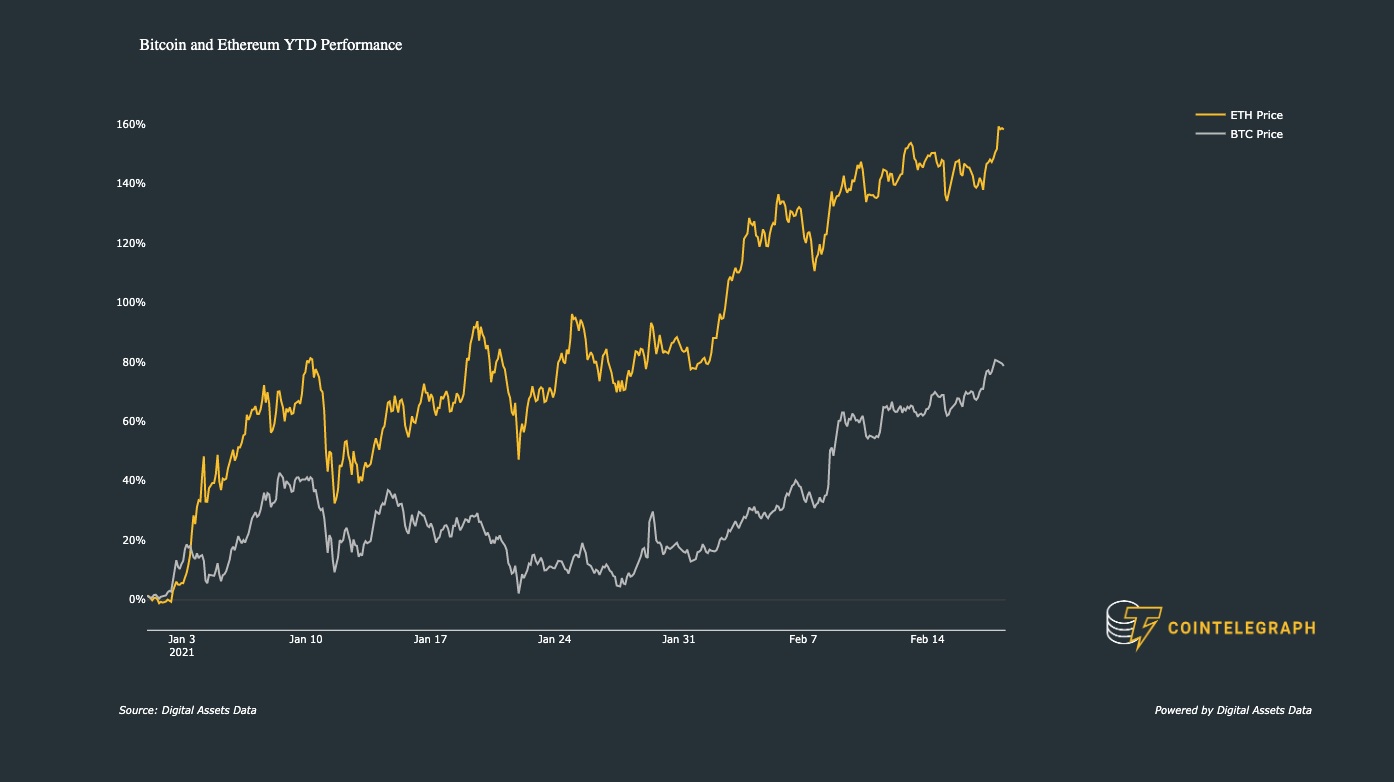 According to Ki Young Ju, CEO of on-chain analytics service CryptoQuant, movement out of Coinbase indicates three huge chunks of about 200,000 ETH has left the exchange to private wallets last year.

As per Ki, the aforesaid event could have happened through large volume deals done Over-the-Counter (OTC), comparable to similar events in Bitcoin.

After uploading a chart, he wrote the following comments:

“There were three consecutive massive $ETH outflows from Coinbase cold wallets last year. Speculative guess but those might be OTC deals for institutional investors like $BTC Coinbase outflows.”

Ki stated that in case this is a trigger for uptrend, it would be worthy to set up alert to monitor similar crypto outflows.

He also mentioned through a separate tweet that the rally seen this time is totally different from the one seen in 2018.

Fewer deposits, more withdrawals across all exchanges.
Selling pressure significantly weaker than in 2018.