The crypto winter has seen Bitcoin lose more than 60% of its peak value so far.

While this is nothing new to Bitcoin, which has even lost 90% of its value only to bounce back strongly later on, William H “Bill” Harris, former CEO of Paypal has used the decline as an opportunity to deny the real-world use of Bitcoin.

While speaking to CNBC’s Fast Money, Harris expressed his views about Bitcoin. According to Harris, Bitcoin is only a cult, which continues to spread a bunch of false claims.

The cult of bitcoin [makes] many claims — that it’s instant, free, scalable, efficient, secure, globally accepted and useful — it is none of those things.

As it usually happens, it is not the first time Harris has expressed negative view about Bitcoin. Earlier in April, he opined that cryptocurrencies are a “colossal pump-and-dump scheme, the likes of which the world has never seen”.

Notably, Harris went to the extent of calling fiat currencies such as the greenback and the yen as digital currencies.

Harris, however, did not explain why he considers the US dollar and the yen as digital currencies.

Harris further stated that Bitcoin does not have any intrinsic value.

There has to be something underpinning it. […] Bitcoin makes no revenue, no profitability.

His statements are contradictory in the sense that US dollar does not make any revenue or is profitable. It is only backed by the US economy from the time the country made an exit from the Gold Standard. This means, the fiat currency which he speaks so high about has nothing credible (considering the near $21 trillion debt of the US) to back as well.

Blockchain, however, is the underlying technology of Bitcoin and is proving out to be indispensible for companies which want to improve efficiency of their operations, ensure transparency, and reduce costs.

As far as profitability is concerned, the chart provided underneath shows the appreciation of Bitcoin in the past seven years: 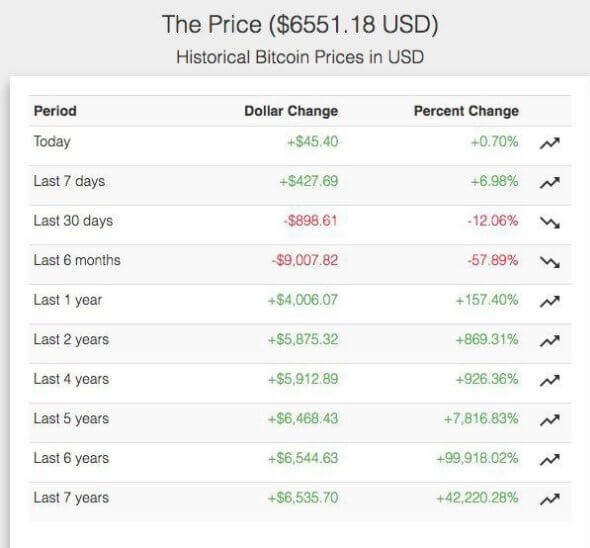 Other issues which Harris highlighted about Bitcoin are scalability, transaction time delays and high volatility. According to Harris, these issues make it “useless as a payment mechanism and ridiculous as a store of value”.

While the above issues are not denied by cryptocurrency community, it should be remembered that the technology is only emerging and advancements are being made continuously. Moreover, the developers are working hard to resolve those issues.