Crypto related data compiled by Glassnode, an on-chain tracking website, indicates that an increasing number of people are opting for Bitcoin (BTC) following the Covid-19 induced economic recession across the globe, irrespective of financial status.

To justify the argument, statistician Willy Woo has provided a series of charts, while underlining the increase in both high and low-value wallets.

As per Glassnode, Bitcoin whales (individuals who own large quantity of Bitcoins) continue to pile up the numero uno cryptocurrency. Furthermore, the number of whales has recorded new highs in the last few months.

Woo explained the likely reason for attraction towards Bitcoin:

“Many look at the BTC price and doubt it’s a hedge. High net worth individuals and funds certainly consider it to be true and betting on that with real money. Since this latest round of USD money supply expansion, whales entities have increased their holdings of BTC markedly.”

Bitcoin is gaining prominence as a safe haven. Since March, Bitcoin has recovered roughly 50% losses and rallied to new yearly peaks. The numero uno crypto in terms of market cap has fixed and unalterable supply due to which it has become a subject of discussion as the US M2 money supply (liquidity) continues to increase, but velocity keeps decreasing. 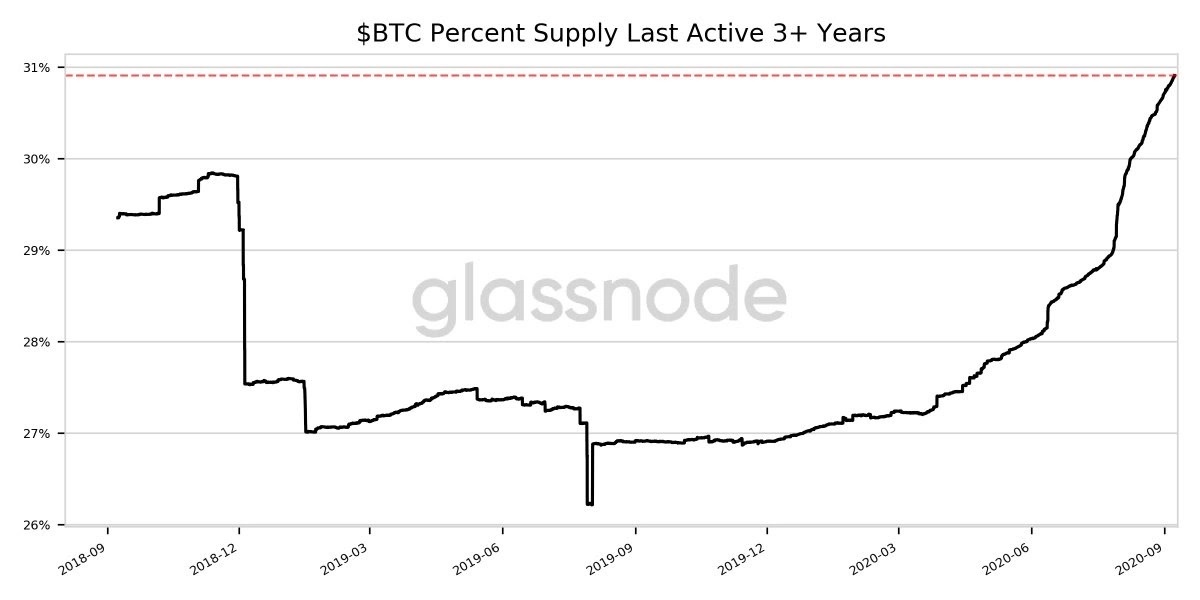 Notably, even small investors or “plankton” are also inclined towards investing in Bitcoin.

Commenting on the situation, PlanB, creator of stock-to-flow price model, opined as follows:

“Bitcoin is a fast growing country in cyberspace with a population of sovereign individuals who prefer to use BTC for storing wealth and doing transactions.” 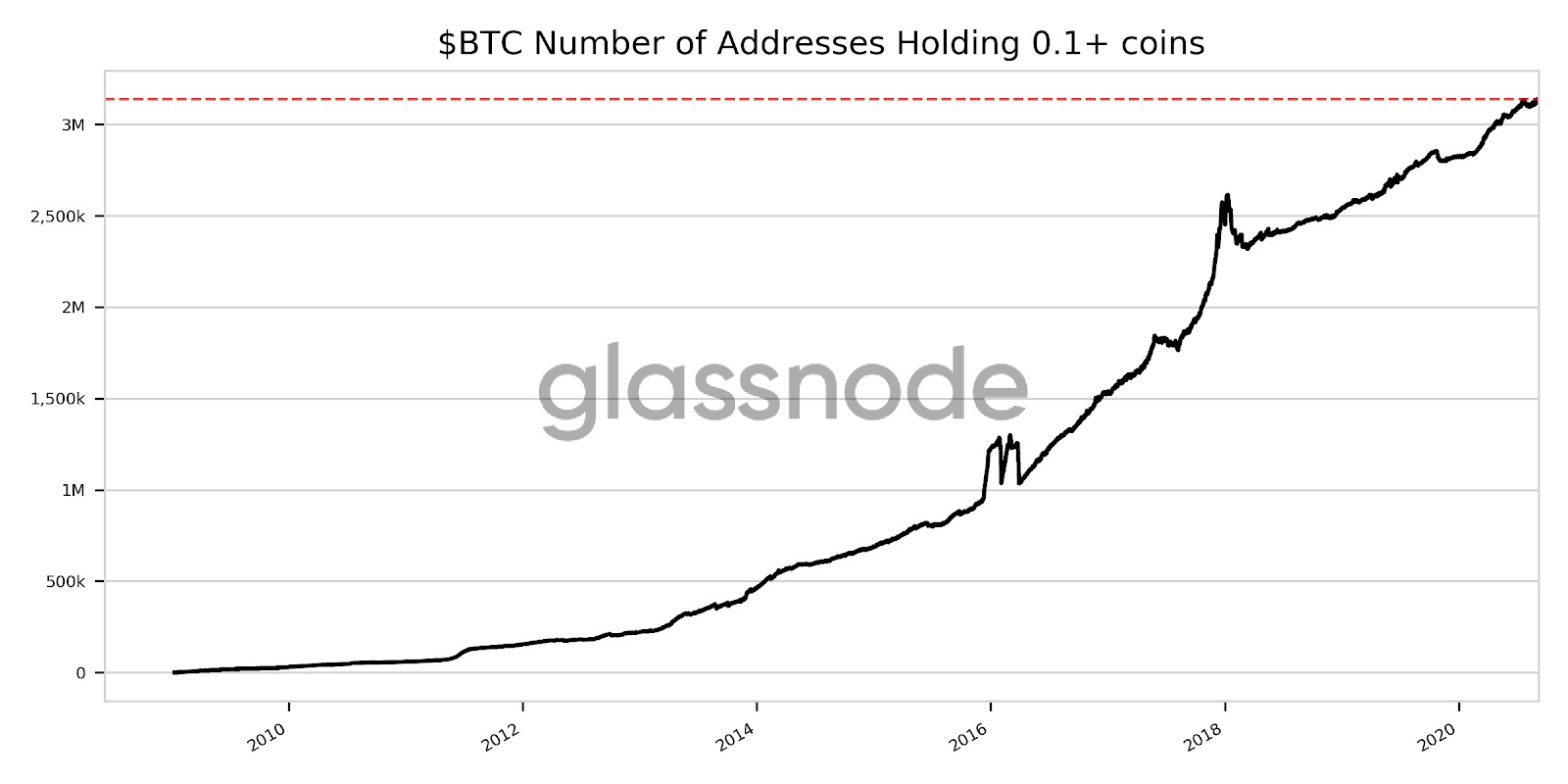 PlanB pointed out that Bitcoin has roughly 3 million users. If grouped in a single place, they will turn out to be the 134th largest country in the world. Furthermore, such a country will have a “monetary base” (market cap) of approximately $200 billion, and global rank of 21.

Additional indications of accumulation are seen from prevailing hodlers. Interestingly, the percentage of total Bitcoin supply, which remains unmoved for at least three years, hit a historical high of 30.9%, as per Glassnode. 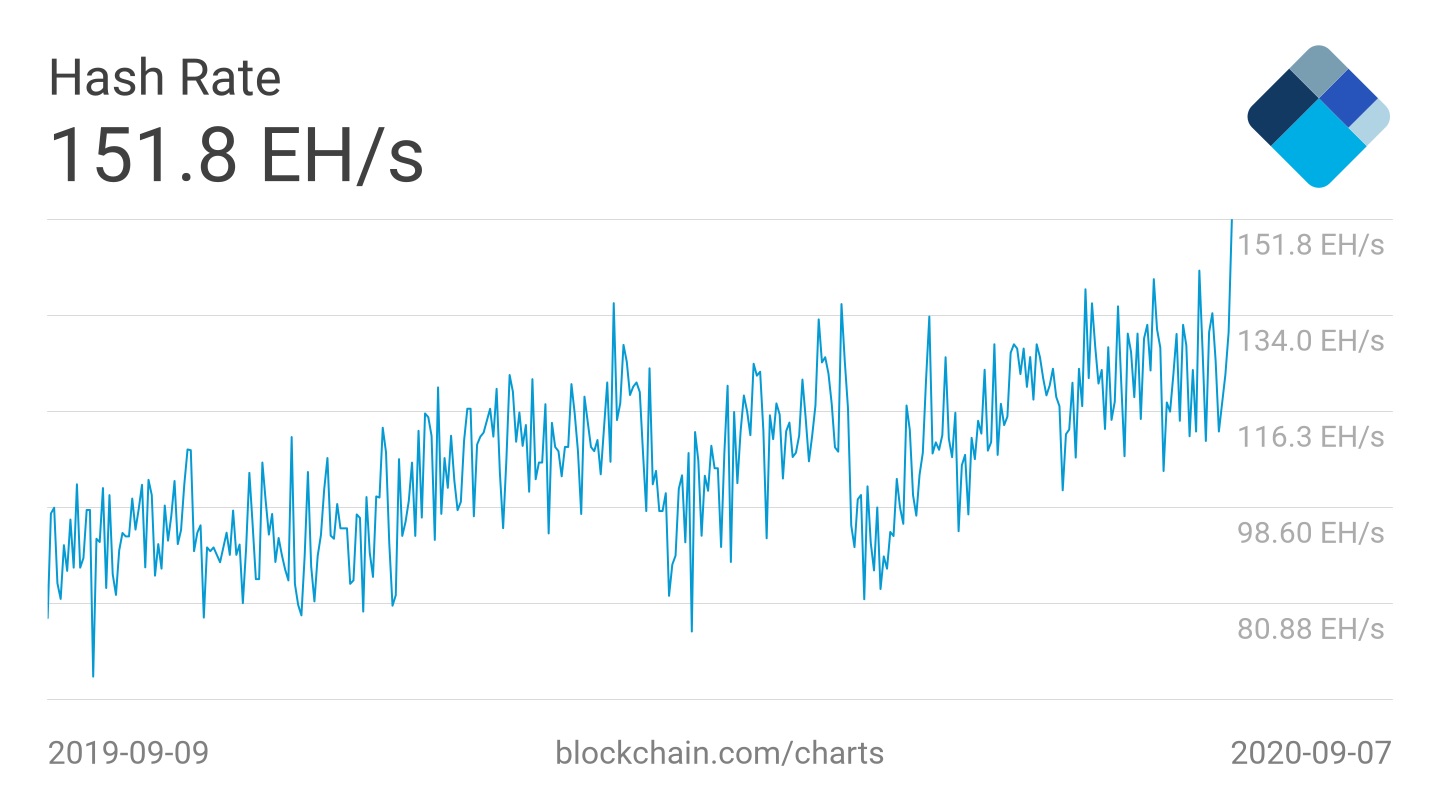 Another notable development is the continuing decline in Bitcoin held by cryptocurrency exchanges as withdrawal requests is on the rise.

As per the latest data provided by another crypto tracking website CryptoQuant, Bitcoin sees “intense” buying pressure near $10,000 levels, about four months after the halving event that happened in May. Despite a 15% decline from last week, nevertheless, Bitcoin stays in a long-term uptrend, as per PlanB. 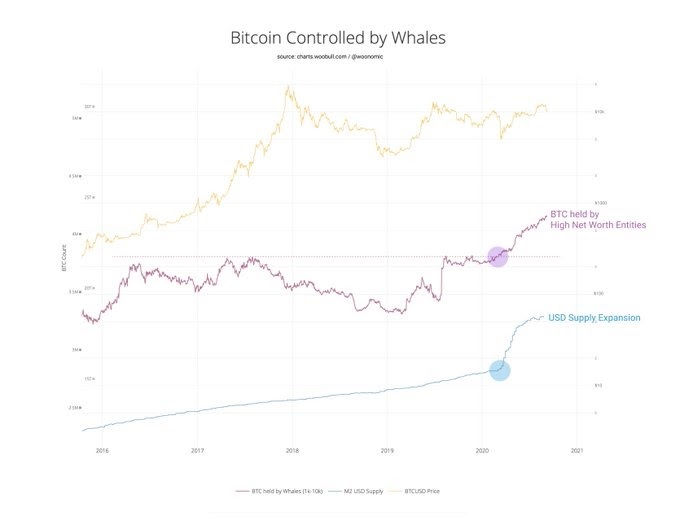 In another indication of enthusiasm from miners, the Bitcoin network hash rate has hit more than 150 exahashes per second (EH/s) following a small 1.21% downward difficulty adjustment on September 7.