A majority of Japanese cryptocurrency traders who entered the market last year are believed to be exclusive Bitcoin investors.

As per data published by the country’s Virtual and Crypto Assets Exchange Association (JVCEA) on August 19, Bitcoin’s dominance ratio, in comparison to altcoins, in the Japanese market crossed 87% in April.

Notably, none of the altcoins recorded a monthly trading volume of over 6%. During the same month, the number of active trading accounts used for spot market transactions rose by 13,987, reflecting an all-time high at that time.

Yuya Hasegawa, a strategist at Japan-based crypto exchange bitbank, said “It seems like Japanese investors’ overall interest in altcoins has been shrinking over time relative to their interests in Bitcoin. Given the growth in the number of active accounts, the vast majority of the newer market participants in Japan, particularly since last summer, are likely to be interested only in Bitcoin.”

The analysis report of Hasegawa indicates that XRP was among the top shunned crypto by Japanese traders. The altcoin once represented for roughly 40% of monthly traded volume in Japan’s cryptocurrency market, but the figure fell to nearly 5% in April. 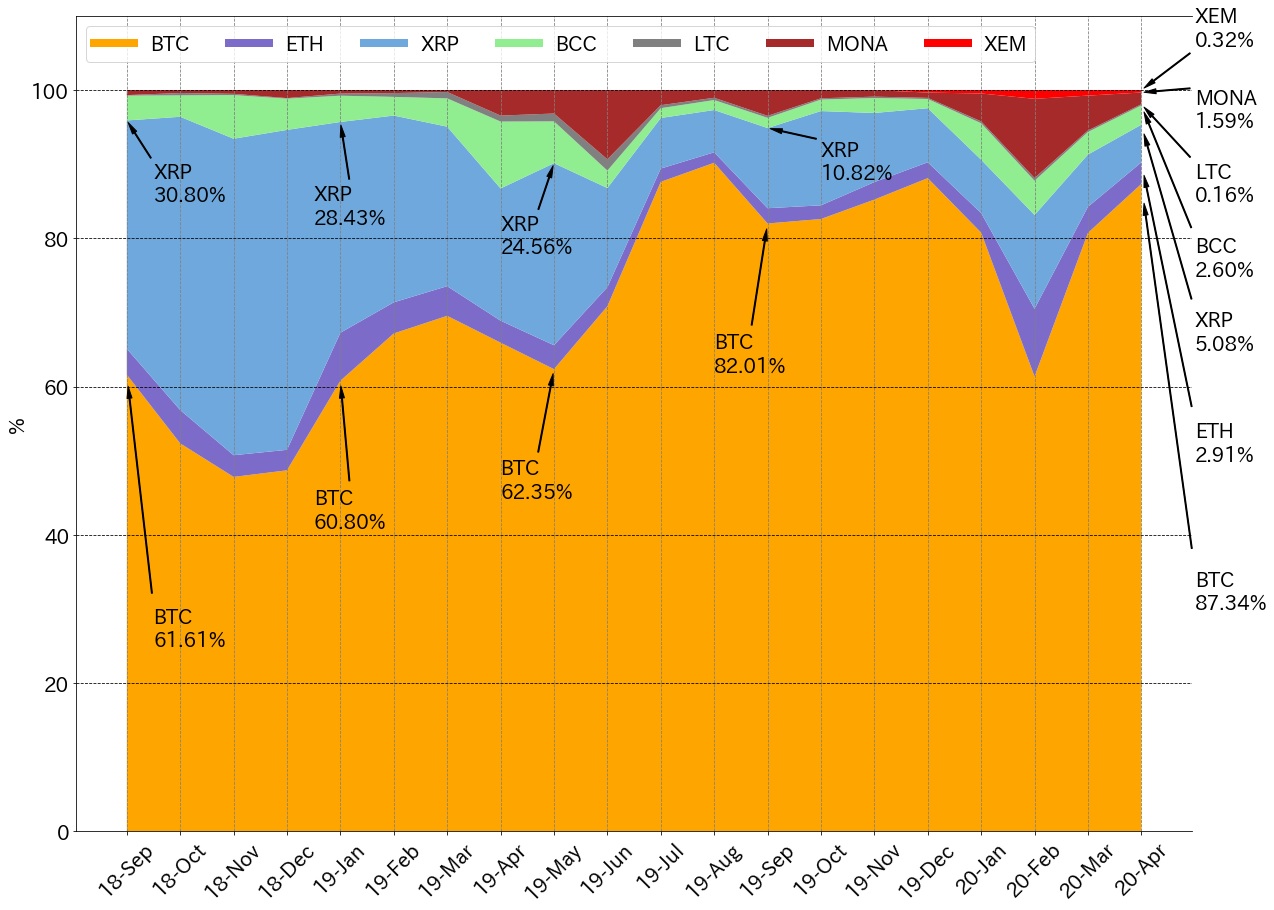 For a short while Bitcoin (BTC) declined against MonaCoin (MONA) in February, but got back its dominance soon after the early phase of the pandemic in March.

Bitcoin’s dominance across the globe has not surpassed 70% since Q1 2017 as per data provided by CoinMarketCap. At the time of writing this article, the numero uno crypto in terms of market cap commands a dominance ratio of 58% of the $373.60 billion aggregate crypto cap, the lowest level in a year.