Kazakhstan’s Bitcoin mining boom fizzled almost as quickly as it began. A shortage of electricity in the central Asian nation has compelled the government to impose severe restrictions on energy-intensive industries. The sharp reversal has removed one of the cheapest locations to mine the cryptocurrency, just as the cryptocurrency’s surge this year has increased the profitability of the operation.

“It’s like night and day,” Almas Chukin, a partner with Almaty-based private equity firm Visor Kazakhstan, which has invested in renewable energy and data centre building, said. “At the time, Kazakhstan has no potential for Bitcoin mining.”

Kazakhstan emerged as one of the world’s winners in the race to lure Bitcoin miners earlier this year, following China’s crackdown on the practice. Producing the world’s largest cryptocurrency requires specialized machines that work on complicated encrypted problems, and electricity is the business’s largest operating expense.

Kazakhstan’s argument was straightforward: the country’s inexpensive and plentiful coal resources would transform it as one of the most profitable places in the world to do business. And the miners made a hasty entry. By August, Kazakhstan had surpassed the United States as the world’s second-largest Bitcoin mining country, according to data from the Cambridge Centre for Alternative Finance.

In October, Kazakhstan experienced a power shortage as the country’s largest power plant was forced to shut down two units for maintenance, totaling 1,000 megawatts, or around 5% of the country’s electricity supply. Simultaneously, electrical demand soared. Until September, the country consumed an excess amount of electricity during peak hours similar to the Almaty region, the country’s most populous region. A large portion of that comes from the miners.

There are approximately 50 cryptocurrency mining data centres that are registered. As of October, they consumed over 700 megawatts of electricity. Additionally, the energy ministry stated that unlicensed activities, dubbed grey miners, need an additional 250 megawatts.

Electric grids must maintain an exact balance of demand and supply. With so much generation lacking, Kazakhstan turned to the miners to avert blackouts on the power grid. Kazakhstan’s energy ministry contemplated imposing an order restricting new cryptocurrency miners’ power use, but abandoned the notion following public discussion in October.

Rather than that, it altered existing legislation to allow grid operator Kegoc to restrict or eliminate power supplies to digital miners in the case of a power shortage or to avert emergency scenarios. Didar Bekbauov, the founder and CEO of Almaty-based Bitcoin mining hosting business Xive, got an inquiry in September inquiring about his company’s operations.

“They’re attempting to scapegoat mining by claiming that a super load of electricity occurred as a result of miners,” Mr Bekbauov explained. “Miners in Kazakhstan are quite dissatisfied at the moment.”

Mr Bekbauov was eventually forced to close the largest of his two mining operations, a 10-megawatt facility in southern Kazakhstan. Several of his investors exported their equipment to Russia and the United States. Mr Bekbauov is also considering establishing a presence in the United States. However, he has not completely abandoned Kazakhstan. He is preparing to expand his mine in the country’s north.

Rather than rely on the grid, the new campus will purchase gas straight from a new power plant being constructed on the site of the fuel’s extraction. Xive signed a long-term arrangement to purchase the gas early this year, prior to the global price surge. Kazakhstan is hardly the only place where Bitcoin miners have soured on the assurance of cheap power.

Iceland’s primary utility has reduced supplies to certain industrial customers and turned away new Bitcoin miners due to a power shortage. While some businesses may continue to operate in Kazakhstan, the country is likely to stay a minor player in the global Bitcoin mining sector. A few months before, Denis Rusinovich announced his intention to establish a Bitcoin mining facility capable of consuming up to 100 megawatts of electricity. 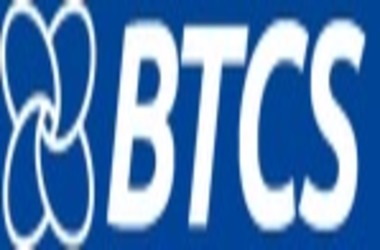