Billionaire Mark Cuban had issued a series of tweets defending Bitcoin (BTC) and Ether (ETH) against supporters of gold. Specifically, he has stated that the yellow metal is ‘dead’. While interactive via Twitter, Cuban pointed to crypto cynic and gold supporter Peter Schiff that gold’s time of being a store of value (SOV) has come to an end.

In a response to his opinion that Wall Street firms are “dumb” to invest in Bitcoin, Cuban responded with a series of tweets in support of the numero uno crypto.

Let me help Peter. Gold is hyped as much as Crypto. Do we really need gold jewelry? Gold can make you a ring. BTC/Eth are technologies that can make you a banker, allow friction free exchange of value and are extensible into an unlimited range of biz and personal applications https://t.co/pJPdEAl5gq

Don’t forget, Gold was a SOV built on technology. From picks and shovels to mining operations that keep trying to improve. Whoever could use the tech of the day to find and mine the most efficiently was the most rewarded. Much like Crypto is today. Gold is dead Peter. Move on.

Cuban further said: “But Gold won’t ever change. Which is why it will die as a SOV.”

Cuban had set aside only minimum time for Bitcoin or underlying technology of crypto so far. Crypto enthusiasts have made a coordinated attempt to convince him to spend more time on Bitcoin and blockchain technology. Back in January, he disclosed that he still possess Bitcoin bought years ago and remains unsold until now.

Schiff ends with the following message:

“Don’t forget, Gold was a SOV built on technology. From picks and shovels to mining operations that keep trying to improve. Whoever could use the tech of the day to find and mine the most efficiently was the most rewarded. Much like Crypto is today.”

Schiff did not have any response to the above statement and called crypto as a “malinvestment” and pointing out that gold could be pegged to the crypto in the years ahead.

Here is an example of the strategy at work in January. pic.twitter.com/cBjtQpMOsw

Many crypto enthusiasts have jokingly pointed out that his tweets often come up when Bitcoin’s price is at its bottom, a trader disclosed a custom built trading tool carrying out trades purely based on Schiff’s social media activity.

Along with a statement indicating the profits made by the aforementioned tool, Sam Baker, a student at Boston College, said “Since May, the algorithm would have executed 203 trades, achieving an annualized return of ~1000%.”

He further gave an indication of profits generated from the tool:

“I guess that’s as good a reason as any to buy Bitcoin. Good luck.” 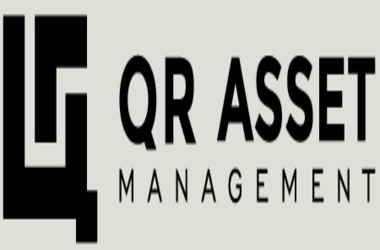