Ricardo Salinas Pliego, Mexico’s third-richest billionaire and a member of the Forbes 400, has recommended investors to “purchase Bitcoin immediately.” He went on to say that the United States is “becoming more like any other reckless third world nation.”

On Wednesday, Mexican millionaire Ricardo Salinas Pliego shared his thoughts on the state of the United States economy and Bitcoin. In addition to being the founder and chairman of Grupo Salinas, he is also the owner of a number of businesses in the telecommunications, media, financial services, and retail sectors.

According to Forbes’ list of billionaires, his net worth is presently $14.2 billion at the time of writing. Earlier this month, Salinas shared a weekly chart showing the entire market value of the Federal Reserve’s assets (minus eliminations from consolidation), which was last updated on November 18.

It indicates a total of more than 8.67 trillion dollars in total assets. “Good old USA is becoming more and more like any other reckless third world nation…,” the billionaire said in a Twitter thread. “Wow…take a look at the sheer volume of counterfeit money being produced. I’m going to buy Bitcoin right now.”

For quite some time, the Mexican billionaire has advocated for the use of Bitcoin. In November of last year, he said that Bitcoin accounted for 10% of his liquid investment portfolio. It was stated in June that he will be accepting Bitcoins at his bank. 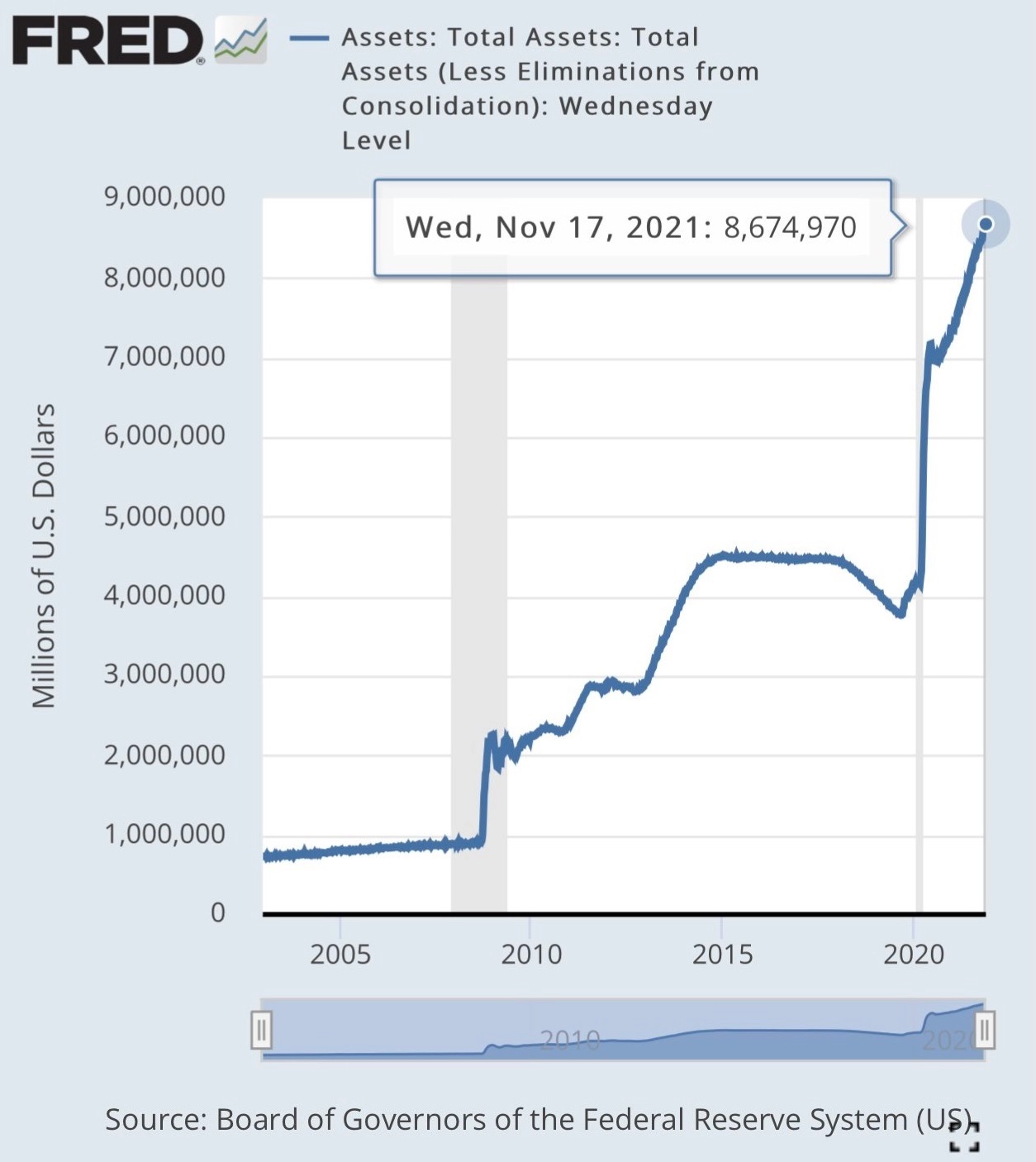 “I strongly encourage the usage of Bitcoin, and my bank and I are working together to become the first bank in Mexico to accept Bitcoin,” he said on Twitter.

On the question of Bitcoin vs gold, he advised investors to place their money in Bitcoin. “Bitcoin is the new gold,” he said in June, noting that it is “much more portable” than gold. He said that moving bitcoin is “much much simpler” than carrying gold bars in your pockets, which he considered to be true. I believe Bitcoin has a bright future and will alter the world… but only time will tell, according to the third-richest guy in Mexico, who tweeted in August.