BTC’s price has risen by 40% in the first fifteen days of October, a fantastic start to Q4 20-21. Investors are anticipating the launch of the first Bitcoin ETF on the US market. Currently, the price of one Bitcoin (BTC) is $62,067, with a market value of $1.169 trillion as of the time of writing.

“Many people believe we’ll reach $100,000 by year’s end, according to Morgan Creek Capital’s CEO. We should, according to the stock-to-flow model. Also, I wouldn’t be shocked if there were some mergers and acquisitions. We’re up 40% thus far this month, and the month has just lasted 15 days.”

BTC has traded above $60,000 for the first time since April of this year. Only 5% of the way to a new all-time high is the market now. Yusko also spoke about the excitement around the launch of a Bitcoin ETF during the conversation. “It’s exciting, of course, since it means approval is likely to follow soon,” he added.

“For a long time, we’ve been optimistic on cryptocurrencies, particularly bitcoin. Given how overbought we are at the moment, a break that rejuvenates isn’t surprising to me. “Buy the rumor, sell the news” syndrome exists.”

For the long run, Mark Yusko remains optimistic on Bitcoin despite some short-term doubt. Yusko went on to say that the fix will only be temporary. He believes that Bitcoin will reach a value of $250,000 in as little as five years. The CEO of Morgan Creek is relying on his optimistic forecasts for increased adoption and network expansion.

“This is a network, and networks develop exponentially,” he said moreover. “FAANGS took, you know, 15 to 20 years depending on which one you are looking at. This is the quickest network in history to reach a trillion dollars in value.”

Yusko went on to discuss Bitcoin’s 21 million coin production limit and how it’s already Gold in terms of an asset class. “The basic law of supply and demand is at work here,” he said. “The fact that bitcoin has a limited quantity makes it a desirable investment. We’ll know exactly how many bitcoins are created every day for the next 140 years thanks to the mining process. Bitcoin, in my opinion, has already replaced gold as the primary store of value. It’s now worth thousands of dollars in digital currency. It’s a great buy for the shop.” 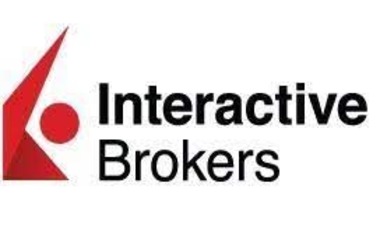 Interactive Brokers Facilitates Cryptocurrency Trading in the US