The cryptocurrency market has unexpectedly turned its focus on Bitcoin (BTC) after several months of decentralized finance (DeFi) rage. Even though the market dominance of Bitcoin stood below 60% earlier this month, the trading dominance of Bitcoin has surged to levels not seen in the past three years when the price reached an all-time high of $20,000.

Due to the rising upper hand of Bitcoin with respect to market volume, the alternate crypto (altcoin) market is in a standstill state. Ether (ETH), which is regarded as the bellwether for altcoins trend, did not record any surge during the same period.

As recorded between July and early September, when Bitcoin rises slowly, it can pull up altcoins along with it or create an “altseason”. As a matter of fact, Ether has eclipsed Bitcoin in terms of performance this year, when the percentage appreciation is taken into consideration. That could be the reason for Bitcoin seeing an increase in momentum.

Specifically during August, several DeFi tokens rallied between 5x to 20x, triggering a huge altcoin craze. However, if the price of Bitcoin rises sharply in a short span of time, it can create downward pressure on altcoin. It simply means portfolio churning between altcoins and Bitcoin by investors who resort to book profits in altcoins (and stablecoin) and jump into Bitcoin bandwagon for quick returns.

“BTC going up swiftly is not only not bullish for alts but it’s bearish. Reasons for this are myriad but boil down to the fact that money is a coordination game and Bitcoin is the Schelling point; this is independent of how you feel about it, community is literally irrelevant.”

A comparable trend was identified throughout top cryptocurrency exchanges. Regarding Huobi, Bitcoin trading volume’s market share has been rising, as indicated by the data provided by Skew.

Huobi’s trading data is noteworthy in the sense that the cryptocurrency exchange has 1.1% of Bitcoin supply in its cold wallet. It stays as the top most exchange in the world with regards to crypto holdings, alongwith Binance and OKEx.

Over the last 13 days, the value of Bitcoin has risen by over 12% against the greenback. The robust performance of Bitcoin has come after a plethora of negative developments that could have created a significant reversal. 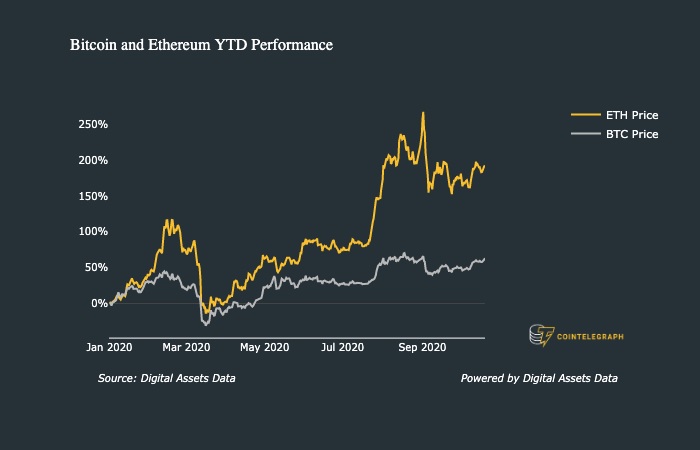 Several exchange linked news, for example deferral of withdrawals by OKEx, triggered price decline of Bitcoin to $11,300. Notwithstanding market uncertainty and steep decline of the US equities, Bitcoin rallied above $11,700.

Most analysts have a bullish view of the Bitcoin’s medium-term trend. However, if Bitcoin retraces in the near-term on account of profit booking or due to some other reasons, the altcoin market could undergo a big price correction.

Michael van de Poppe, a full-time professional trader at the Amsterdam Stock Exchange, trusts that Bitcoin would likely decline to $11,100. Pointing to a price chart in support of retracement to $11,100, he wrote:

“Still standing behind this view, there’s such a big hurdle coming up for $BTC.”

Still standing behind this view, there’s such a big hurdle coming up for $BTC. pic.twitter.com/zFQXejPyaU

Bloomberg Analyst – Bitcoin’s Next Big Resistance Could be $1 Trillion