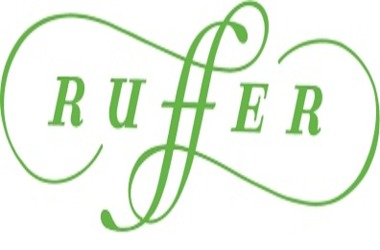 Ruffer, an asset manager, achieved a windfall gain of over $1 billion from a $600 million worth Bitcoin bought in November last year. In an interview with The Times, Hamish Baillie, investment director at the London-headquartered asset management business, stated that Ruffer cashed out its Bitcoin position for a gain of over $1.1 billion in April:

“In December and early January, when the price quadrupled, we pocketed some gains for our customers. We actively administered the holdings, and the overall profit was slightly greater than $1.1 billion by the time we liquidated the last portion in April.”

According to Baillie, Ruffer was one of the initial fund managers to purchase BTC, which was a somewhat unique short-term investment for the organization. Bitcoin’s price had crossed $15,000 while investing and was on its way to testing the then-all-time highs near $20,000 achieved in 2017.

Bitcoin’s steep price increase in the final leg of 2020, according to the investment director, is due to the US government’s pandemic lockdown and stimulus handouts. He opined that the fund liquidated its assets in part because millennial would spend less time trading cryptocurrency now that the lockdowns are lifted.

Profits from the BTC transaction have been invested in many other “protective” assets like inflation-linked government bonds.

Nevertheless, Baillie believes that large financial organizations, such as Ruffer and Goldman Sachs, would continue to invest in Bitcoin, and that another round of investment is “certainly not off the table:”

“If you have a multi-asset strategy then things that behave in different ways are really helpful. There’s no point being multi-asset if all your different assets move with the same dynamics.”

Ruffer isn’t the only major financial institution exploring with cryptocurrency; according to Bitcointreasuries.org, 36 publicly listed corporations presently have BTC on their balance sheet. Only six (16%) of publicly listed companies that have invested in Bitcoin are now losing money, including Nexon, Meitu, and Seetee.

MicroStrategy, Tesla, and Square are the top three holders of Bitcoin, with a combined value of $5.2 billion.