Only two days remain for the London update to be implemented on the Ethereum testnets. Four days back, the Ethereum Foundation announced the specifics of the London overhaul. The most anticipated London upgrade is set to go live on June 24th, as per the statement.

In his latest tweet, Tim Beiko of the Ethereum Foundation detailed about the London update. In a matter of two days, the London upgrade will run on Ropsten, at block 1,049,9401. The update will thereafter be available on Goerli and Rinkeby.

Following the completion of the upgrade on the three networks, a block will be generated for the Ethereum mainnet, details of which will be disclosed later, according to the blog post. On the 30th of June, following the rollout of the London update on Ropsten, it will also become operational on the Goerli network at block 5,062,605.

The London upgrade will then start running on the Rinkeby network on July 7th at block 8,897,988. To become more interoperable with the London update, node operators must update their current client software. Ethereum architects explained to node operators:

“Ahead of the fork block, Ethereum node operators should update their nodes on the networks. It is suggested to upgrade several days ahead of the projected date due to block time variability.”

In this regard, the Ethereum Foundation has provided the links for the client software upgrade. The links are offered for go-ethereum (geth), Nethermind, Erigon (f.k.a. TurboGeth), Besu, OpenEthereum (f.k.a. Parity), and EthereumJS VM. The overhaul will come with five Ethereum Improvements (EIPs), including EIP-1559: Fee market change for ETH 1.0 chain and EIP-3198: BASEFEE opcode. Others are EIP-3529: Reduction in refunds, EIP-3541: Reject new contracts starting with the 0xEF byte, and EIP: 3554: Difficulty Bomb Delay to December 1st, 2021.

Ethereum Foundation has pointed out that EIP-1559 includes some modifications to the block header, unveils a distint kind of transaction, includes fresh JSON RPC endpoints, and modifies behavior clients in various sectors such as transaction pool, mining, and many more. Additionally, EIP-1559 resolves the issue of rising gas fees in Ethereum. The EIP embraces standard charges administered by algorithms on the blockchain network. Hence, the fee increases during a rise in transaction volumes and decline when the market is open.

EIP-1559 is billeted to initiate a rise in Ethereum (ETH) value as it will minimize the supply of ETH. Furthermore, with the EIP, a portion of the fees earlier rewarded to miners will be burned rather than handing over to miners. While writing this article, ETH, the second largest crypto by market cap, was down 11% to trade at $2,020. Nevertheless, ETH trading volume has increased by about 39% over the past 24 hours.

Next week, Ropsten, will upgrade, followed by Goerli & Rinkeby the weeks after.

Read this to find out how to prepare for the upgrade & expect another announcement when a mainnet block is chosen 😄https://t.co/tq0Hq56MxV 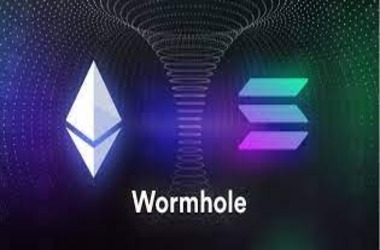