According CoinGecko.com, Ethereum (ETH) has gained about 15% in the previous seven days. The second-largest cryptocurrency is up over 5% for the day. ETH has now risen beyond $2,100, continuing its upward trend. Large addresses (whales) are known for buying when prices are falling and selling when prices are rising, but latest information suggests that ETH whales have taken a different path this time. Whales have purchased almost 1.65 million coins in the last six days, according to Ethereum’s on-chain activities.

Whales exhibit this as a gesture of trust. With millions of Ethers in their control, their actions may have a significant impact on the digital asset’s trajectory. ETH is the best-performing currency among all the top ten cryptocurrencies. With the London Upgrade fast approaching from being live on the mainnet, the venture is seeing a surge in interest.

Some supporters, on the other hand, are cautiously hopeful. CNBC’s Jim Cramer, who announced a few months earlier that he was selling all of his Bitcoin holdings and jumping on Ethereum bandwagon, revealed a few days before that he is still in possession of the digital currency but would not be purchasing any more.

🐳 #Ethereum whales that hold between 10k and 1m $ETH in their respective wallets now own a cumulative total of 60.52m coins. This is the highest amount held by this tier since in 5 weeks, and represents a 1.65m $ETH accumulation in the past 6 days. https://t.co/t5iQghjHTG pic.twitter.com/mNLopXwroV

Other market analysts, including Lark Davis, are particularly upbeat and eager to invest, citing the initiative’s prospects of becoming a multi-trillion-dollar digital asset. Indeed, he is one of many analysts who believes that Ethereum would collapse Bitcoin in the foreseeable.

Many cryptocurrencies have earned their own Twitter jokes in recent times. Bitcoin, Binance, TRON, already and, it appears, ETH has joined the list. This, however, is an Ethiopian flag. Is it possible that Jack Dorsey, who isn’t a supporter of Ethereum, is mocking the venture?

Sticking with my Etherum position but not adding to it…

The meme led the Olympics handle to mock the cryptocurrency industry, saying that it was gathering around Ethiopia. However, Dorsey has now stated that the flag was superimposed over ETH since it is the abbreviation for Ethiopia.

Great to see @jack and the crypto community supporting the #ETH athletes! 👏 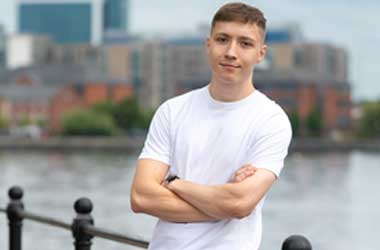