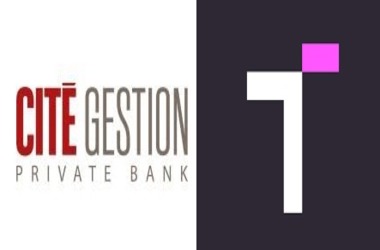 Due to a cooperation with Taurus technology, the independent Swiss private bank Cité Gestion has turned out to be the first private bank to tokenize its very own shares under Swiss law. As per a media release from Cité Gestion and Taurus, “the tokenization of the shares was conducted in conformance with the guidelines set in place by the Capital Markets and Technology Association (CMTA), a Geneva-based Swiss non-profit whose mission is to foster the utilization of latest technologies in conventional capital markets.”

The 2009-founded private bank worked with Taurus, a provider of digital asset architecture for banks, to tokenize its shares, administer the smart contract that produces the shares, and execute asset management on its securities, according to a statement.

“At Cité Gestion, our view is to enable our customers to maximize the benefits of technological advancements in the capital markets, and in specific of the enormous potential for rationalization and increased efficiency that distributed ledger technology provides in this space,” said Christophe Utelli, Cité Gestion’s Deputy Chief Executive Officer.

Tokenization refers to the process of digitizing an asset, and it is in increasing favor among financial firms since it enables conventional financial institutions to use blockchain technology and draw in more investors. “Taurus thinks that the digitalization of private assets and securities is rapidly becoming the latest industry norm,” the company stated in a statement.

According to the statement, the tokenized shares of Cité Gestion were produced using the CMTAT, an open-source smart contract issued by the CMTA and devoted to the tokenization of securities, and recorded on the Ethereum blockchain. The Swiss law firm Lenz & Staehelin assisted on the transaction’s commercial and regulatory elements.

“It was crucial for our bank to be one of the first to capitalize on the new opportunities Swiss legislation offers for the digitization of assets by tokenizing our own shares,” Utelli stated. “As a strong, open-source, and industry-backed architecture, the CMTA specification was an obvious option for tokenization. The use of Taurus and the CMTA standards ensures that an effective risk management architecture is at the forefront of the process.”

Tokenization is a concept that has gained traction over the last few years as investment firms and the general public has gained a greater understanding of the potential of blockchain technology.

As per Sebastien Dessimoz, co-founder and managing partner of Taurus, the business participated in the tokenization of 15 Swiss and European enterprises offering equity, private finance, and structured offerings in 2017. Almost 50% of the implicated firms were institutional or governmental entities. “We think 2023 will be a watershed year for the sector, and we are prepared to assist private enterprises in making the transition,” Dessimoz added.

In the final leg of 2022, BNY Mellon performed a survey that revealed that 91% of investment firms are eager in investing in tokenized goods, but they want to do it in a secure and compliant way. Furthermore, 97% of respondents answered that tokenization would “revolutionize investment management” and “benefit the sector,” citing advancements such as quicker settlement moments, increased liquidity, and expanded access for all investment firms to asset categories including private equity funds and property investment.