According to Diar, a crypto analytics firm, Ethereum blockchain’s on-chain transaction value reached a record high level of 115 million transactions in December 2018. Notably the figures exclude the activity related to hard fork initiated to counter attacks similar to the DAO hack in 2016.

Diar further states:
“A 97 percent drop in on chain transaction value from peak in January versus December 2018 was by and large the cause of an 80 percent drop in Ethereum’s price.”

Diar says that charges may not impair growth because transaction fees are lowest on Ethereum network. Constantinople hardfork on the Ethereum Network was postponed in recent times after a safety vulnerability that would permit a re-entered attack was discovered. 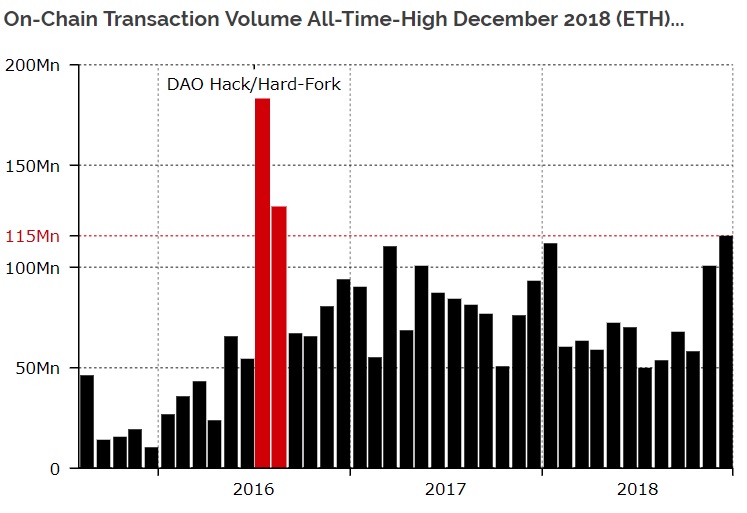 ChainSecurity, which identified the bug in Constantinople code during the audit process, said the upgrade brings together cheaper transaction charges (gas cost) for certain functions on the Ethereum network. 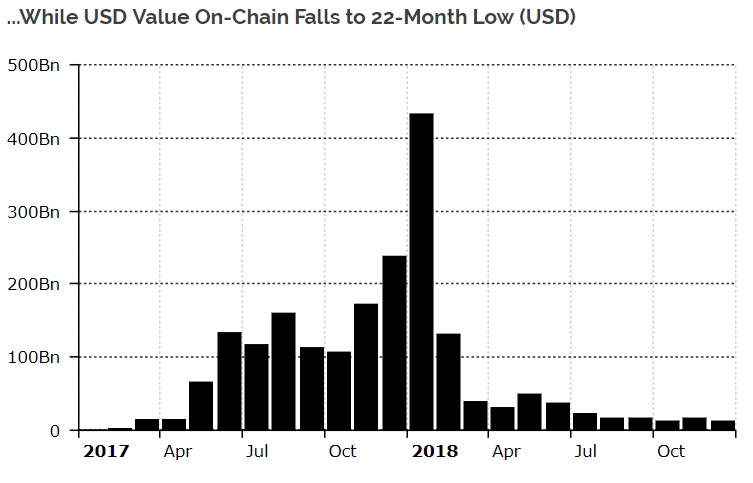 An unanticipated shortcoming is supposed to allow re-entrance attacks through the use of certain controls in ETH smart contracts. Re-entry vulnerability enables hackers to grab crypto held by a smart contract deployed on the network by continuously requesting funding while feeding incorrect information on the original ETH balance of the deceptive player.

After a fix by the developers, Diar asserts that the Constantinople upgrade will minimize charges for some types of transactions, thereby permitting better storage use.