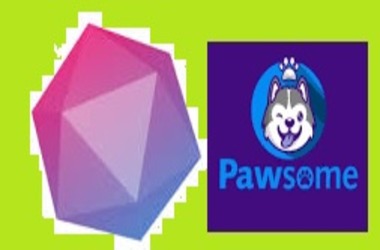 The gaming business is greater than the combined music and picture businesses. Before the emergence of NFTs, players were unable to possess or sell their in-game goods on a secondary market. Consequently, all in-game buying were rendered worthless as soon as the user loses interest. NFTs have established a whole new universe of gaming options. Users may now resell or hire their in-game stuff to certain other players for a price. This is what the newly launched game PAWSOME 3D delivers, coupled with a delightful gameplay experience.

Pawsome is a 3D animated metaverse game based on the Qi (pronounced Chie) blockchain and using the QIE native token. Pawsome enables users to generate 10,000 first-generation puppies with distinct features on the blockchain. Users may improve these traits by buying things from the in-game Pet Shop and daring friends or rest of the players to virtual races for QIE cryptocurrency. Each dog on the QI Blockchain is a distinct Non-fungible token (NFT) that cannot be reproduced due to the characteristics of NFTs. By mating these 10,000 distinct Generation 0 pups with the 10 original species, people may develop dogs with ideal racing DNA by employing an innovative algorithm.

After being generated on Pawsome, players may purchase and sell these canines on Hovr NFT Marketplace. Each dog NFT is issued at random, so their aspect of surprise is consistent. Players cannot predict whether they will receive the future Olympic champion or the overweight individual who loves to watch television. The goal is to identify the appropriate strain with the desired trait.

In a competition, the top three dogs that win get QIE. The unique algorithm used by Pawsome for breeding and deciding race results based on characteristics. Therefore, it is prudent to generate valuable puppies by breeding the highest-quality racing dogs and selling them for a gain.

Pawsome’s success and long-term viability depended on its decision to use the Qi blockchain. Ethereum could not manage the amount of Cryptokitties transactions, while the QI Blockchain was built to grow. Therefore, the only payment accepted in this future game is QIE, the in-house currency of the Metaverse! Additionally, Qi permits decentralized ownership of NFTs, which provides comparative openness and removes any fraudulent activity.

How to PAWSOME in 5 easy steps:

Pawsome may be seen as an upgraded variant of Cryptokitties, which formerly accounted for over 25 percent of all Ethereum trades. Following are the most popular aspects among players:

Pawsome is developed on the Qi Blockchain, resulting in 100 times less expensive trading fees than Cryptokitties.