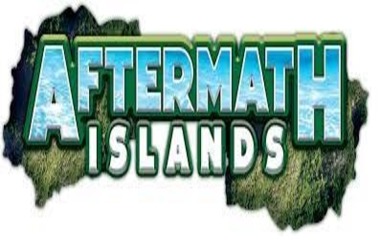 Aftermath Islands, which is one of the blockchain-based gaming ecosystems that is spreading at the fastest rate, recently announced that it will issue its native utility token, known as Doubloons (DUBS), on the public blockchain network known as DigitalBits. NicoSwap is a decentralized exchange (DEX) platform based on the DigitalBits blockchain. DUBS, the in-game currency for the Aftermath Islands ecosystem, will also be accessible for trading on this platform. It is predicted that the introduction of the token into the market would raise the value of the Aftermath Islands’ virtual goods and provide assistance to the customers of the gaming and metaverse industries.

Aftermath Islands Metaverse Limited plans to generate 3.5 billion DUBS tokens, of which about 1 billion will be given away in the play-to-earn (P2E) version of the game Lost Kingdom of T’Sara that is provided free of charge. According to the platform, the tokens will be used for in-game rewards and incentives, as well as to aid the marketing activities of the ecosystem. Additionally, the tokens will be utilized to assist in the development of the ecosystem.

Customers will have access to a liquidity pool and Automated Market Making after DUBS is successfully integrated into the decentralized exchange NicoSwap in the third quarter of 2022, as is currently predicted. David Lucatch, the Managing Director of the Aftermath Islands, made the following statement on the mint and the overall experiences that are going to be prepared for the residents of the Aftermath Islands:

“Aftermath Islands will give realistic graphics and user experiences through its multi-island landscape since it was built with Unreal Engine 5 and the most up-to-date technology that enables pixel streaming, both of which were used in its construction. It will be possible for players, firms, schools, and other organizations to work, play, game, entertain, learn, connect with one another, and create in an online environment that is safe and fair and in which everyone participating is a real person. Aftermath Islands decided to use the DigitalBits blockchain for our utility token in large part because of its strength, versatility, and the presence of major businesses already on the network.”

Following recent rumors that the virtual reality platform has been generating news, the details of the DUBS token mint, which were released with Invezz today, were made public at the Monaco Crypto Summit. This week, Aftermath Islands purchased Meta Hero Project, therefore bringing tradable in-game products as well as non-fungible tokens. They also announced the completion of a financing round for $25 million, which was led by the global investment firm LDA Capital (NFTs).

Aftermath Islands selected soccer legend David Beckham to serve as its ambassador and struck a sponsorship arrangement with FC Roma just a few months prior to the tremendous developments that have taken place. The Aftermath Islands team, which is led by some of the most successful digital entrepreneurs, developers, and designers, is making tremendous strides in extending both the Web3 gaming and the metaverse industry. The group has worked together with significant corporations and organizations in the past, such as Marvel, DC Comics, Paramount, and Warner Bros.