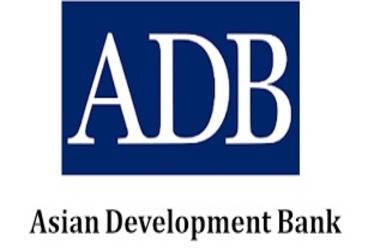 The Asian Development Bank (ADB), headquartered in the Philippines, has initiated a blockchain initiative to improve the efficiency of cross-border trading in Asia and the Pacific. Specifically, the regional development lender’s 68 member nations want to create a blockchain network that would link central banks and securities depositories in the ASEAN+3 area directly. According to Xinhua, the ASEAN+3 area comprises of the ten-member Association of Southeast Asian Nations plus Japan, China, and South Korea. At the moment, ASEAN+3 cross-border securities deals are handled via worldwide centers in the United States or Europe and require a minimum of two days to process.

By directly linking central banks, ADB and blockchain businesses like as ConsenSys, Fujitsu, R3, and Soramitsu want to lower transaction fees and threat associated with settlement. Presently, cross-border securities trading settlement within Asia is conducted via custodians and correspondent banks. As a result, these activities inside Asia are often channeled via the United States and Europe and are settled on a two-day basis. As per the bank located in Manila, directly linking institutions through a blockchain network might lower transaction fees and settlement hazards, which refer to the likelihood that assets will not be traded within the stipulated time limit.

Cross-border securities transactions in the ASEAN+3 area are presently conducted via a worldwide network of custodians and correspondent banks through global centers in the United States or Europe. Additionally, the study will assess the interoperability of systems and the feasibility of central bank digital currencies (CBDCs) throughout the area. The design phase of the project is scheduled to conclude by the end of March 2022, followed by the prototype phase the following quarter. Banks are rapidly experimenting with blockchain technology, which underpins the majority of cryptocurrencies and allows safe, transparent, and unchangeable transactions without the intervention of a third party.

According to Blockdata’s August 2021 report, 55 of the world’s top 100 banks are investing in the crypto and blockchain area. “As a consequence, intraregional transaction settlements in ASEAN+3 require at least two days, owing to time disparities and the different working hours of marketplaces within the same time zone,” the ADB said. The regional development bank said the move would be addressed with officials from ASEAN+3 countries and members of the Asian Bond Markets Initiative’s Cross-Border Settlement Infrastructure Forum, which is comprised of central banks and securities depositories from around the region.

This quarter will see the conclusion of the first design phase, with a prototype expected for Q2 of 2022. The project’s technology partners include ConsenSys, Fujitsu, R3, and Soramitsu, with intentions to investigate interoperability with regional central bank digital currency (CBDC) programs. There are already two CBDC projects across international borders with ASEAN nations. Thailand started the mBridge initiative, which involves Hong Kong, China, and the United Arab Emirates. Additionally, Singapore’s Project Dunbar includes Malaysia, South Africa, and Australia.