Philip Lowe, RBA’s (Reserve Bank of Australia) Governor, has warned that Libra, which is the digital currency planned by Facebook, may not realize mainstream adoption soon. Regarding Libra, Lowe has opined as follows:

“There’s a lot of water under the bridge before Facebook’s proposal becomes something we’re using all the time […] There are a lot of regulatory issues that need to be addressed and they’ve got to make sure there’s a solid business case, so we’ve got to be careful before we jump to conclusions.”

It can be remembered that back in 2017, Lowe also denounced Bitcoin (BTC), the numero uno cryptocurrency by market capitalization. The RBA governor had opined that Bitcoin rose to popularity purely because of “speculative mania” and further stated that criminals will be probably more attracted to it than ordinarily shoppers.

Overall, Lowe believes that none of the cryptocurrencies, including Libra and Bitcoin, is required for Australia. That is because the prevailing digital payment system, according to Lowe, caters to all the requirements.

Lowe also explained why he does not believe that cryptocurrency will receive huge positive response from public:

“I have long thought that a kind of cryptocurrency would not take off in Australia because we already have a very, very efficient electronic payments system that allows anyone of us to make bank payments to another person in five seconds just knowing their mobile phone number.”

Notably, the RBA published a document titled ‘Cryptocurrency: Ten Years On,’ asserting that cryptocurrency would not have any role in mainstream economy in Australia.

Reflecting the aforementioned views of Lowe, the RBA’s article explains as follows:

“This article examines why Bitcoin is unlikely to become a ubiquitous payment method in Australia, and summarizes how subsequent cryptocurrencies have sought to address some of the shortcomings of Bitcoin – such as its volatility and scalability problems.”

The Governor’s opinion is similar to the views shared by many governments on Libra, including that of the US Fed Chair Jerome Powell and the Chairman of the Russian State Duma Committee on Financial Markets who denied the possibility of its legalization.

On July 16, the US Senate Banking Committee will conduct hearing on Facebook’s cryptocurrency venture. 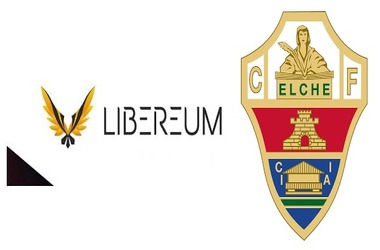