According to reports, the Bank of Israel has already developed a central bank digital currency, the digital shekel, as part of a pilot program. The Bank of Israel’s deputy governor, Andrew Abir, revealed the info to the Jerusalem Post on Monday.

He stated that the financial institution has begun a trial of the digital shekel. In spite of affirming the trial, Abir said he was not confident about the bank rolling out a central bank digital currency (CBDC), during a meeting of the IDC Herzliya’s Fair Value Forum.

“I had earlier calculated that developing a CBDC within five years has a 20% likelihood,” Abir added. “My assessment has risen slightly in the last year, owing to the fact that other nations are making progress as well, but there is still just under a 50% chance.”

At the time of writing this article, the Bank of Israel has made no official declaration on its webpage on the issuing of a digital shekel. In May, the financial institution stated that it was drafting an implementation plan to investigate the economic advantages of a CBDC for Israel, and that it would be willing to do so if the advantages “outweigh the costs and potential dangers.”

The central bank indicated at the occasion that it may explore launching a CBDC provided it satisfies the demands of the emerging digital economy and facilitates cross-border remittances. The Bank of Israel also aims to minimize the usage of cash and provide “a certain amount of anonymity” for those making payments.

“The possibility of a CBDC is still being considered, and when we issued our remark in May, it was not to declare what we are doing, but rather to discuss what we don’t understand and solicit public input,” the deputy governor explained.

Regardless of whether or not a digital shekel is introduced, the country’s banks “would still perform a vital role in the overall payments system,” he said. Notwithstanding his apparent desire to ultimately include a CBDC into the country’s economy, Abir slammed Bitcoin (BTC) as a payment method:

“We’re talking about a payment mechanism here. Bitcoin is neither a payment mechanism nor a kind of currency. In the best-case scenario, it’s a financial asset; in the worst-case scenario, it’s a ponzi scheme.” The creation of an intergovernmental committee tasked with investigating the adoption of a CBDC by Israel’s central bank began four years ago. The team advised the Bank of Israel not to release a digital currency in 2018, stating that “no sophisticated economy has ever issued digital money for widespread usage.” 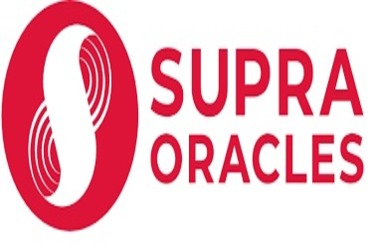