A BBC news report indicates that social media platform provider Facebook aims to introduce its native payments-centered cryptocurrency “Globalcoin” in 2020. The trial for the upcoming crypto currency is intended to happen by the end of 2019. Even though Globalcoin is the name used to refer the native crypto within Facebook office, there is no guarantee that the same name will be used after completing the development of the coin.

In addition to this, Facebook supposedly got advice from US Treasury officials on functional and legislative issues, mainly in connection to identity verification process and negating money laundering threats.

BBC’s report also points to the company’s continuing conversations with cross-border payment facilitator Western Union, as a portion of its study into offering inexpensive access to money remittance facility for those who lack bank accounts.

The upcoming indigenous cryptocurrency of Facebook is supposed to attempt to interrupt or completely circumvent banking channels to overcome financial hurdles and reduce customer expenses. The business will have to collaborate with financial institutions and brokers around the globe to obtain currency swap facilities and fiat on-ramping to establish its crypto payment network, the BBC states. This is supposedly the motive behind its newly formed financial tech company, Libra Networks LLC, incorporated in Geneva in early May.

As revealed, speculation of Facebook’s intentions to bring into fold WhatsApp customers with a cryptocurrency first emerged in December 2018. Further supposed details of the super confidential endeavor surfaced this February, with sources saying that a fiat-pegged stablecoin will be the upcoming crypto.

Notably, Facebook is supposed to re-engineer its messaging facilities and incorporate its three wholly-owned applications— WhatsApp, Messenger, and Instagram — under one umbrella, taking its prospective cryptocurrency exposure to a total 2.7 billion consumers a month.

It is reported that Facebook is seeking $1 billion in support from the Visa and MasterCard initiative and has also reportedly contacted VC mogul Tim Draper to address potential investment.
Notably, the US Senate and Banking committee has requested Facebook to provide additional details regarding cryptocurrency venture, querying how the company intends to guarantee consumer safety and also secure financial data. 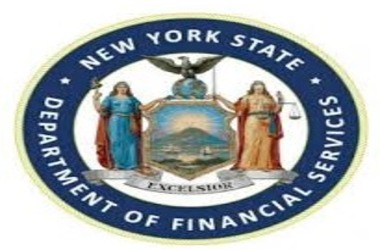