Binance announced today the integration of Arbitrum One’s core network and the launch of Arbitrum One Layer 2 Ether Deposits (ETH). Arbitrum is an optimistic third-generation Layer 2 stacking protocol that runs on an Ethereum off-chain contract and significantly reduces transaction costs and speeds up transactions in comparison to the Ethereum backbone.

According to the statement, Binance users may now deposit any ERC-20 token from the Ethereum network using Arbitrum for a discounted transaction fee. Additionally, Binance has said that it would soon offer ETH withdrawals through the Arbitrum One Layer 2 network, making it one of the first centralized exchanges to do so.

Ethereum, the world’s second biggest cryptocurrency, has been stifled by network congestion and prohibitively expensive fees, impeding its exponential expansion. Arbitrum One addresses this issue by using a multi-layered Ethereum consensus system that enables infinite scalability and near-instant transaction speeds at a fraction of the cost of other solutions.

Binance’s acceptance of L2 ETH deposits is a significant step forward in a market where decentralised exchanges and cross-chain atomic swaps are gaining traction. Binance is one of the top cryptocurrency exchanges in the world in terms of volume, and the addition of Arbitium bodes well for Ethereum adoption.

Although the introduction of Arbitrum One Network Layer 2 did not contain a notification about ETH withdrawals, it did promise that further information would be published whenever this option became accessible to traders. However, Binance is reportedly prepared to enable customers to withdraw cash straight to Arbitrum.

According to a tweet from Lark Davis, a New Zealand-based cryptocurrency investor, Binance is working on enabling direct ETH to Arbitrum withdrawals. According to Lark, the integration will be “massive for Ethereum adoption.”

The message includes a screenshot demonstrating lower transaction costs and timeframes. The incorporation of L2 capabilities is a significant step forward for Ethereum’s evolution toward Ethereum 2.0. It’s worth noting that the introduction of Ethereum 2.0 will not exclude Layer Two platforms from addressing scalability issues immediately.

Rather than that, after sharding is completely implemented, innovations like as rollups and side chains will continue to enable Ethereum 2.0 expand beyond its present capacity.

HOLY COW!!!!! Binance about to enable layer two withdrawals directly to Arbitrum, this is MASSIVE for #ethereum adoption! pic.twitter.com/h069X4gfZM 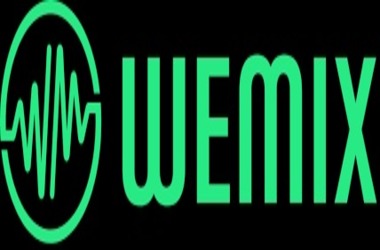