In May, the Bank for International Settlements (BIS), sometimes known as the “bank for central banks,” issued research that evaluated the ways in which computerized oversight can assist in the regulation and supervision of decentralized finance (DeFi) markets. The advent of both DeFi and a shadow financial system consisting of cryptocurrency exchanges and stablecoin issuers has prompted regulators to ponder how best to implement technology-neutral regulation in such a way that comparable risks are subject to the same regulations. Legislators in Europe, the United States, and other parts of the world have said that they want to regulate cryptocurrencies according to the “same risk, same rules” philosophy. In spite of this, they have had a lot of trouble developing an effective and workable legal framework that can be applied to all digital assets. Non-fungible tokens (NFTs) have been excluded from the MiCA law in Europe, for example, where it was first implemented.

The BIS paper argues that a regulatory compliance mechanism should be automatically surveilled in decentralized markets by scanning the market’s ledger. This is one of the main points of the paper. Because of this, there is less of a need placed on businesses to proactively gather, validate, and transmit data. In a market that is decentralized, the verification of legal data that is now relied on intermediaries would be replaced with credibility that is enabled by blockchain technology and is based on economic consent.

The research study makes the observation that the same concept that governs distributed ledger technology (DLT) may also be utilized to oversee the system since it helps credibility to be built using a decentralized data format that is based on economic agreement. After that, compliance tracking would be mechanized by depending on the process of decentralized marketplaces that creates confidence for supervisory reasons.

One of the most important aspects of embedded supervision is making sure that the market’s economic consensus is robust enough to ensure that the data stored in the distributed ledger is of the highest possible quality. The study presents evidence to support the contention that embedded supervision involves far more than just reading a distributed ledger. The mere fact that data is kept in more than one location does not guarantee that it is accurate. In the modern method for ensuring compliance, the veracity of the data is ensured by the existence of a legal framework, competent authorities, and the possibility of incurring legal repercussions. In contrast, in DLT-based marketplaces, economic incentives guarantee the reliability of the data, and regulators should ensure that the economic consensus is so powerful that it is no longer advantageous to undo a deal after it has been completed. Because of these financial incentives, it would be very difficult to alter the ledger, and the supervisor would be able to depend on the information it contained.

But even if the blockchain finance market has a reliable consensus mechanism, there is still a second obstacle to overcome: integrated monitoring is only useful when it is included into a comprehensive regulatory system that is supported by an efficient legal system. This indicates that the actual world and the digital world need to have a strong relationship established by the judicial framework and the institutions that make up that structure. The correlation between the underlying securities and the digital token must eventually be secured by the judicial framework, as the BIS describes. This is the only system that can underpin the possession of assets such as property or shares in a brick-and-mortar company. Cryptography and distributed ledgers can demonstrate the movement of asset-backed tokens from one organization to another.

This may provide a problem in many different legal systems since in order to complete a change of ownership, many systems require the participation of a central register. According to the Bank for International Settlements (BIS), a decentralized financial system would require having strong roots not just in the legal framework but also in backing institutions like property registries and rating institutions.

The BIS indicates that a supervisor would require to track aspects of decentralized markets, such as the validation market and the governance of decentralized networks, in order to guarantee equality of opportunity for new entrants. In addition to the above-mentioned important issues, a solid economic consensus and an assisting legal framework, the BIS also indicate that a supervisor would require to track elements of centralized markets. 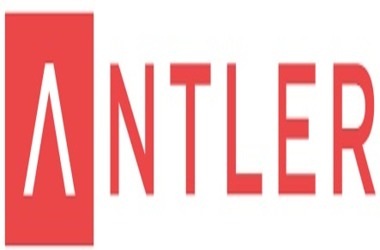