Bitcoin Crosses $22K, but Miners are Liquidating their Holdings

Bitcoin Crosses $22K, but Miners are Liquidating their Holdings

The latest info from the blockchain analytics company CryptoQuant indicates that bitcoin-centered mining firms are quickly liquidating their holdings. 14,000 bitcoin, valued at over $300 million based on the prevailing price, were moved out of wallets owned by miners in 24 hours, specifically at the end of last week. Notably, the quantity of Bitcoin liquidated in recent weeks by miners is the highest since January 2021. This occurrence is known as “miner capitulation,” and it often signals that Bitcoin miners are planning to liquidate the coins minted earlier to finance their continued mining costs.

Bitcoin is presently selling for about $22,050, reflecting a 5% percent increase over the last twenty-four hours. Nevertheless, the cryptocurrency market as a whole has been in a downturn for the last few months, with bitcoin down almost 70 percent from its record high level of roughly $69,000 in November 2021. The ongoing conflict between Russia and Ukraine has caused a steep rise in inflation with the cost of electricity reaching record highs.

The steep fall in bitcoin prices and rising energy expenses are squeezing the profit margins of Bitcoin miners, which is one of the main reasons for some of them to liquidate their Bitcoin holdings at current levels. The liquidation enables bitcoin miners to limit their exposure to additional volatility in the crypto domain and mitigate risk related to their bottom lines.
“Given soaring power prices and bitcoin’s sharp price decrease, the expenses involved in mining a bitcoin for certain miners may exceed its value,” Citi analyst Joseph Ayoub said in a July 5 report.

The statement stated, “With rising tales of downsizing by mining businesses and miners using their hardware as security to take out loans, the bitcoin mining sector might be under increasing strain.”

‘Our expenditures and obligations are in US dollars.’ Last month, Core Scientific, one of the biggest publicly listed cryptocurrency mining businesses in the United States, sold virtually all bitcoins held by the firm. Bitcoin miners must settle their bills in a manner similar to any other firm, according to Mike Levitt, CEO of Genesis Mining.

Levitt stated, “We mine and gain bitcoin, but our costs, expenditures, and obligations are in dollars.” Bitcoin mining continues to remain lucrative, according to Levitt, with about 50 percent margins throughout the sector. This is a decline from the high margins of 80 percent. Core liquidated 7,202 bitcoins at an average selling price of $23,000 in June. Levitt told CNBC that the revenues were mostly spent on development operations, such as the purchase of the latest ASIC servers and the expansion of their data center infrastructure for their own mining and colocation companies.

However, a portion of this money was also used to service debt and pay five years of employee stock options. Levitt is enthusiastic about the company’s long-term prospects due to its huge positive operational leverage. Bitcoin miners get 100 percent of every dollar rise in the value of bitcoin over a specified threshold.

But output per unit of power is also significant, and when the bitcoin price remains low, large-scale miners including Core Scientific have less pressure from tiny businesses and amateurs.
“As bitcoin prices decline, the global hash rate, or competitiveness for the generation of bitcoin, diminishes as inefficient miners leave the network,” noted Levitt. The hash rate, which is used to quantify the computational power of all bitcoin mining facilities, has decreased by 15% in June. This is eventually beneficial for large-scale bitcoin miners who can manage to withstand economic downturns.

With less productive miners leaving the network coupled with a decline in the global hash rate decline, computers that persist to mine bitcoin become highly efficient.

Levitt added, “Thus, the price of electricity if you will, each bitcoin generated decreases.” 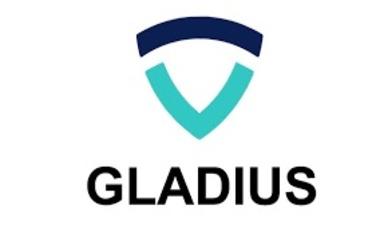