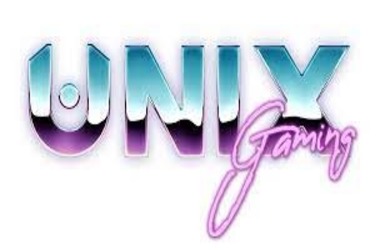 UniX, a blockchain technology based gaming consortium, will conduct an Initial Games Offering for Karmaverse, a triple-A rated game that will be available on the Ethereum network. This is one of the first debuts of a triple-A-rated game, and it has the potential to cause significant disruption to the GameFi ecosystem. As a decentralized and equitable entertainment network built on blockchain technology, Karmaverse is a metaverse entertainment platform worth checking out. It is scheduled to debut in 2021. In addition to many game worlds established and designed by Karmasgames, a well-known blockchain game developer, the gaming platform also includes toolsets that enable the community to construct similar games on the blockchain platform itself.

Avatar NFTs are a public NFT inside the Karmaverse that can be used in any game or in-game environment and that enables users to create, alter, and trade avatars. Avatar NFTs may be used in any game or in-game environment. Also included therein is a token known as KARMA, which can be used and swapped across the Karmaverse, and which can be used to pay for any and all in-game resources and transactions. The gaming effort has already grabbed the attention of some of the most famous venture capital firms in the business. With the help of notable venture capitalists like as A&T, TPS, and Yield Guild Games South East Asia, the Karmaverse project was able to raise a total of $8 million in a private financing round.

A number of additional venture capital firms, including Infinite Venture Capital, OKEx Blockdream Ventures, Foresight Ventures, NFX, Mindfulness Ventures, and HashKey Capital, participated in the round. It is anticipated that 3 million Karmaverse tokens will be released at launch, with a market capitalization of $1.5 million at the time of the launch. Once the game is released, the UniX launchpad will have a public token sale for a total of 1 million tokens, with each token selling for $0.5 apiece. Users will be required to use the native Unix token, $UNIX, in order to invest in the platform, with holders of the $UNIX token receiving first dibs on the network’s tokens.

UniX Gaming was one of the first blockchain gaming firms to use the play-2-earn (P2E) idea, making it a pioneer in the industry. An incentive-based approach is combined with the desire to have fun while gaming to create a platform that has attracted more than 190,000 players. With more than 5,000 students and more than 10 million watchers, the network also provides scholarships to its members, and it has evolved into the world’s biggest gaming community (guild). Because of the introduction of GameFi, initial game offerings (IGO) are becoming more popular among cryptocurrency investors.

If you want to buy NFTs or tokens in a blockchain game that is still under development, you may do so using IGO. International non-governmental organizations (IGOs) often utilize launchpad platforms to coordinate their activities. When investing via launchpads, consumers are often required to lock in the platform’s native token for a certain period of time. Participants in the initiative may be granted early access to the game’s tokens or NFTs, depending on the nature of the campaign. In certain cases, the tokens and NFTs gained via IGOs may be traded on decentralized exchanges and NFT marketplaces outside of the gaming environment, depending on the circumstances.

Users may now access IGO launchpads like as UniX, Binance NFT, BSCPad, TrustSwap, and EnjinStarter, among others. In order to participate in an IGO, investors must first buy the native token of the launchpad platform. The structure of an IGO differs depending on the launchpad; nonetheless, it is normally required to do so. There is no guarantee that IGOs will generate a profit, just as there is with any other kind of venture. Always DYOR and thoroughly investigate the potential risks before committing to any IGO. In order to identify whether a gaming project has a clear aim or development plan, for example, look at the project’s website or social media accounts. Check to see whether the project has any reputable investors or partners, as well as any other relevant information.

When players have collected all of the required tokens, they must deposit them in a pool for a certain period of time. They will get the project’s token or NFTs in accordance with the allocation method, which is dependent on the quantity of locked tokens. International gaming organizations (IGOs) offer an innovative option for game developers to fund their games via the use of blockchain technology. While investment groups for gaming (IGOs) may be a fantastic way for investors to aid early-stage gaming enterprises, they do come with a number of hazards.
You should always do your research before putting your money on the line for someone else. 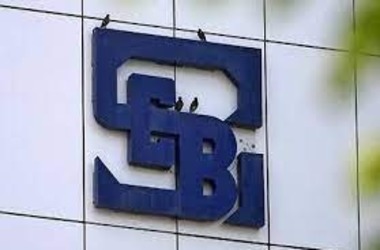