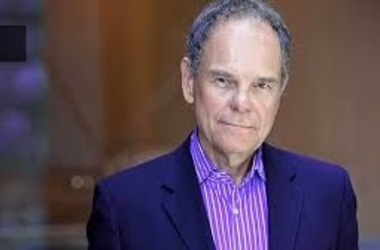 Donald Tapscott, Blockchain Research Institute’s executive chairman, said the legal tender of China, the renminbi (RMB), would turn out to be a digital currency in an April 17 interview with Bloomberg. Ironically, no country has attempted as hard as China to wipe out Bitcoin.

The government prohibited crypto exchanges after issuing a blanket ban on ICOs, and now they’re attacking Bitcoin mining. While crypto may have stalled, particularly in China, the crypto band wagon is running forward full-speed in other places. They may perhaps board eventually.

In the interview, Tapscott disclosed that he had recently met with the Communist Party’s vice-chairman in China, who recounted that President Xi Jinping believes blockchain is one of the country’s most crucial technologies for the future. Referring to the government’s ban on cryptocurrency exchanges, Tapscott illustrated that China also intends to ban cryptocurrency mining, adding:

“It’s not really necessary to do that [to ban exchanges and mining] because in 20 years we are not going to be using bitcoin in China. Chinese people will use the RMB, only the RMB will become a cryptocurrency. The central bank of China will turn it into a digital currency.”

When questioned if decentralized exchanges can conduct business in China — which has earlier prohibited initial coin offerings (ICOs)—Tapscott said they could, even though the government is severe about restricting digital currency.

Tapscott proposed that decentralized exchanges will ultimately overtake centrally controlled currencies through their unique features such as accountability and ability to identify “bad behavior.” All assets, which include the conventional ones like equities, are supposed to be on decentralized exchanges, Tapscott said.

For a long time, Chinese officials have been discussing the feasibility of cryptocurrency mining ban. The National Development and Reform Commission (NDRC) supposedly included crypto mining as key aspect of its draft for a modified list of industrial practices that the organization seeks to close down because, among other issues, they “lacked safe production conditions, seriously wasted resources, polluted the environment.”

The country, however, remains a prominent player in the Bitcoin market, with several of the biggest Bitcoin mining pools overseen by domestic organizations. By mid-2018, crypto-mining operator Bitmain supposedly ran almost 11 mining facilities in China and would be the most troubled by stated NDRC intentions.

As for blockchain, China is supposedly making great strides in the country’s number of ongoing blockchain projects. China has 263 blockchain-related ventures, representing 25% of the world’s total. During his latest visit to the East Asian country, Tapscott discovered that President Xi Jinping considers the “blockchain is one of the two most important technologies for China’s future.” Tapscott says the crackdown on bitcoin exchanges is a “mistake.”

The blockchain researcher continues to describe a “dichotomy” in China, wherein the administration has disowned crypto, but considers the blockchain as perfectly fine. Taoscitt said “The government is quite serious about hurting crypto.”

For centrally controlled entities, embracing blockchain technology is much easier than letting in crypto. Any decentralized currency without central bank control endangers to undermine its objective. So, even IMF Christine Lagarde thinks cryptocurrencies “shaking the system.”

A multi-year venture called the “Transportation Infrastructure Development Implementation Plan” was revealed in Jiangsu Region last month. Blockchain will become one of the technological developments local officials use to revamp domestic transport network.

In the meantime, China alone would have its own digital currency. Tapscott notes in his book “Blockchain Revolution” that a Bank of Canada representative desires to see “central banks everywhere… seriously study the implications of moving entire national currency systems to digital money.”

Furthermore, Bank of England Economist Andrew Haldane “famously proposed a CBDC [Central Bank Digital Currency] as a solution to central banks ‘ inability to set negative interest rates on currencies in severe economic downturns.” Though crypto hasn’t been there during a world economic downturn yet, it’s only time.

Don Weinland of the Financial Times, however, contends that “no central banks are now seriously considering issuing a CBDC.” Alternatively, he notes to “pushback” from both the Fed and the International Settlement Bank.

Percentage of Tether on Crypto Exchanges Surges to 6-Month High of 22.50%