BlockFi has submitted a proposal to the Securities and Exchange Commission (SEC) for the creation of a spot bitcoin exchange-traded fund (ETF) (SEC). According to its S-1 filing, the BlockFi NB Bitcoin ETF would be traded on the New York Stock Exchange and would hold bitcoin.

The filing was made according to the Securities Act of 1933, and it joins more than 20 other identical proposals now awaiting a decision from the United States Securities and Exchange Commission. Only ten of the proposals have a decision date from the SEC, which occurs when the associated exchange files a 19b-4 to list the product on the exchange’s exchange. The NYSE has not yet filed a 19b-4 with the SEC.

This ETF combines BlockFi’s planned futures offering, the BlockFi Bitcoin Strategy Fund, in a bid to diversify the company’s holdings in bitcoin. This comes after SEC Chair Gary Gensler said that he would be more likely to accept a futures-based bitcoin product under the Investment Companies Act of 1940 than he would be to approve one of the several spot proposals under the 1933 Act now sitting in the SEC’s inbox.

A number of 1940 Act futures products have been approved for trading since then, while BlockFi’s proposed futures product has yet to be approved. Still, it’s unclear what will happen with the proposed spot ETF legislation. The Securities and Exchange Commission (SEC) is expected to make a decision on VanEck’s offering by November 14, which is the first of the bunch.

Bloomberg Senior ETF analyst Eric Balchunas claimed on Twitter that BlockFi’s proposal is a ploy to keep its name in the running for approval, but he added that unless Gensler announces he has changed his mind on spot bitcoin products, “this item is on ice like the other (25-ish) of them.”

.@BlockFi has filed for a '33 Act spot bitcoin ETF to follow up their futures ETF which they filed for a month ago. Takeaway: shows they want to be in the mix long-term but until Genz changes his mind this thing is on ice like the rest (25-ish) of them. https://t.co/sNVulqfBFT pic.twitter.com/czgTVdc6PC

A rocky regulatory season has also befallen the financial institution in recent years. The state of New Jersey has issued a cease-and-desist order against BlockFi for its interest accounts, which is still in effect. Similar examinations into the firm’s high-yield accounts have been launched in Alabama, Texas, Vermont, and Kentucky, with the latter claiming that they constitute securities offers itself. 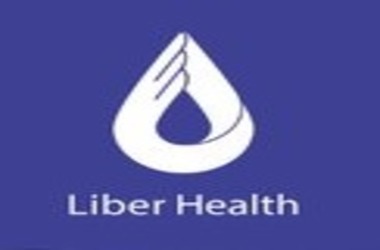