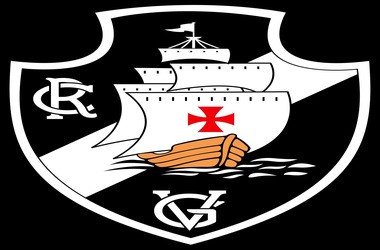 Vasco da Gama, the popular soccer club in Brazil, has entered into an agreement with MBDA (Mercado Bitcoin Digital Assets) for tokenization of transfer fees associated with its players groomed in Vasco’s academy.

FIFA has established Solidarity mechanism, which allows a club that supported an athlete’s training and education to obtain a fraction of future revenues. In Particular a club will receive a share of the money paid to a trained player, in case he gets transferred to another club before the expiry of the contract.

As Vasco being the foremost training club of 12 players, it is legal to have a claim over a portion of the remuneration for the athletes made by the buying club. The value of each token is 1/500,000 of each of the 12 chosen players’ solidarity value. The nominal value of each token is R$100 (~$18). In case a transaction takes place, token owners will receive compensation.

For illustration, if Pedro gets trained in Vasco’s academy, plays for PSG and gets transferred to Real Madrid before the expiry of contract with PSG, a portion of the funds paid by Real Madrid, for transfer from PSG, will go to Vasco. As mentioned above, the tokens will be worth 1/500,000 of the amount paid for transfer.

Vasco will not have any control over the outcome of a transaction as players will not be in some other club. For the past two years, the Brazilian club had been working with KPMG for supporting cryptos.

Discussions with MBDA started earlier in 2020 with respect to the design, register, digitization and tokenization of blockchain assets. The associate anticipate listing of the tradable tokens in the Marcado Bitcoin’s platform by this year end.

Several legal issues need to be sorted out initially. Most importantly, Vasco had a detailed discussion with the Brazilian securities commission to make sure that the tokens will not be categorized as securities.

This was followed by the purchase of 20% of the tokens for R$10 million ($1.80 million) by MBDA. Furthermore, an additional 5% tokens will be offered to MBDA for the services provided to Vasco, which will hold the rest of the 75% tokens. Finally, the tokens held by Vasco will be listed for sale in the Mercado Bitcoin Exchange after discussions get completed.

As per market value of players, as estimated by Transfermarket, Vasco forecasts earning R$50 million ($9 million) over the forthcoming years. The estimate includes likely devaluations and appreciation of player values. Vasco forecasts a likely total of R$50 million ($9 million) to be generated for the forthcoming years by all token token holders put together.

Notably, Spencer Dinwiddie floated a similar venture by tokenizing his NBA agreement. However, he was able to raise only $1.30 million, which was only 10% of the targeted amount.

The sports based cryptocurrency market is growing at an exponential rate in Brazil and other countries. Almost all the blockchain systems employed by clubs intend to boost interaction of fans with the institution and provide products or services that facilitate another kind of reciprocal relationship. Of late, Socios.com had stated that it would roll out Fan Tokens with Mixed Martial Arts league, while Dapper Labs introduced NBA’s Top Shot blockchain app and PSG inked a deal with Sorare for blockchain technology based collectibles.

On the contrary, Vasco’s venture is centered on utilizing tokens as a way of raising funds, while paving way for investment by regular fans and public in the club. It is the foremost venture of its type in the Brazilian sports sector.