Cardano introduced support for the long-awaited smart contracts on the public testnet the week before. After this, the ADA price soared over $3, setting a new historical high. Unfortunately, many users began to encounter problems and mistakes when exchanging tokens and offering liquidity.

As the foremost DApp – Minswap – went online on Cardano on September 3, Ethhub.io co-founder Anthony Sassano raised some concerns. As a consequence, there were several widespread misunderstandings, such as the claim that Cardano only allows one transaction per block.

That is, only one user per block/transaction may engage with the smart contract, and the only method to tackle this is via centralization. As the information circulated rapidly in the market, there was a lot of debate among the crypto world.

SundaeSwap, on the other hand, subsequently provided an intriguing explanation for how the Cardano blockchain uses a UTXO architecture that supports 100s of trades per block.

It went on to say that one smart contract may control many UXTOs. As a result, centralization is not really the sole solution to these problems. Cardano’s parent firm, Input Output Global (IOHK), also defended themselves, referencing the SundaeSweep Labs post.

Cardano is a UTxO (Unspent Transaction Output) blockchain, according to the report. As a result, it has distinct concept for DApps than that of other blockchains such as Ethereum. IOHK explained in multiple tweets: “The particular flavor #Cardano utilizes is the eUTxO – or extended model, which we think provides better safety, fee uniformity (no unpleasant surprises…), and more robust multithreading.”

To be precise, “dapps are not restricted to a single activity per block. You may increase concurrency by building your service or app with many UTxOs. This is intrinsic and, we think, one of the benefits of eUTxO design as embodied in #Plutus.”

IOHK stated that it will provide further information this week on why their technological approach is chosen. Additionally, technical documentation will be made available to developers. IOHK also admits that their method is “unique” and necessitates a new strategy. Some members of Cardano’s core development team are actively brainstorming solutions to this problem.

“We are extremely happy to see that coders are already evaluating the #Cardano Testnet as they strive to build their DApps for market,” IOHK said. @MinswapDEX, congratulations! This is the purpose of a testnet. Please provide your support to them.” The Cardano blockchain, which has been dubbed the “Ethereum killer,” has lately grown in popularity. There will be certain stumbling hurdles as it moves forward with providing additional features, but Hoskinson and his group are keen to solve the problems.

Honestly not sure if /r/Cardano is meant to be a comedy sub or not pic.twitter.com/Gs4X6xaUol 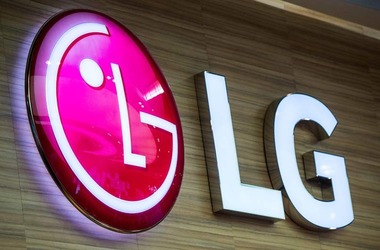 LG Electronics Unveils NFT Marketplace in the US

Tether Releases Another One Billion USDT on Tron Network