Cardano’s most anticipated Vasil hard fork has been postponed once again owing to more testing and efforts to ensure a seamless rollout. The Vasil hard fork was scheduled to be implemented by the end of July, but Kevin Hammond, technical manager at IOHK, disclosed on Friday that there may be a few additional weeks of delay. Despite the bad market and FUD surrounding the Fed rate rise, the Cardano (ADA) price has shown strength because of the increasing interest of whales and investors in the Vasil hard fork.

The Vasil hard fork will significantly enhance the scalability and performance of the Cardano network. In June, the IOHK determined there are no critical flaws, although there are still seven problems. In addition, testing was conducted to confirm that everything worked as planned. Now, IOG’s vice president Tim Harrison and technical manager Kevin Hammond disclosed on the Cardano 360 that the Vasil hard fork would be delayed owing to further testing and minor preparations.

“From our current position, it may be a few weeks until we reach the genuine Vasil hard fork. This is of the utmost importance. All users of the Cardano blockchain must be prepared to go through the hard fork in order to ensure a seamless transition, both for themselves and for end users.”

Tim Harrison claims this will guarantee that stake pool operators (SPOs), exchanges, developers, and users are prepared for the launch of the Vasil hard fork. In the meanwhile, evidence indicates that Cardano (ADA) trade volumes have decreased owing to a decline in Cardano’s social media engagement, particularly tweet volumes. People think they are not receiving any fresh information on the Vasil hard fork from IOHK or Cardano.

However, Cardano network developer activity is increasing, with more than 1000 applications in development. Over the last two months, the ADA price has continued to trade solidly at the $0.50 level, with $0.43 providing strong support. Cardano (ADA) price is supported by positive technical indicators like Lux algorithm, MACD, and RSI. Cardano may witness a significant spike in price. Currently, the price is $0.53, an increase of approximately 5% in the previous 24 hours.

According to cryptocurrency analyst Michael van de Poppe, cryptocurrencies are poised for another 100-200 percent increase. Cardano with the Vasil hard fork will likely surpass $1. Compared to previous hard forks, the majority of the price increase occurred soon after the hard fork. Rudo Viljoen, another trader, offered support for Cardano by stating, “ADA implies a long-term purchase opportunity.” In reality, Cardano backers agree with the delay. 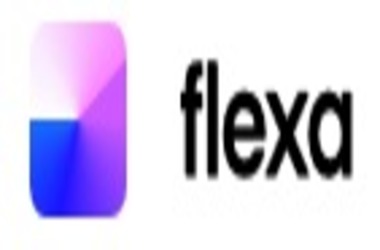