The US has recovered over $30 million in cryptocurrency that was allegedly stolen by hackers with ties to North Korea, according to a blog article from the cryptocurrency intelligence company Chainalysis, which added that it had assisted reclaim part of the assets. According to reports, hackers with ties to North Korea and the hackers group Lazarus stole cash from the famous online game Axie Infinity.

Chainalysis claims it utilized “sophisticated tracking methods” to track stolen assets to cash-out locations and assist law enforcement in freezing them. The seizures represented approximately 10% of the cumulative cash taken in March from the game-specific sidechain Ronin Network. In March, Ronin reported that hackers had stolen roughly $615 million in total bitcoin.

Chainalysis estimates that North Korea-affiliated organizations have stolen around $1 billion in cryptocurrencies through DeFi covenants so far this year.

Back in May, Reuters reported that the US Department of the Treasury had previously blacklisted Blender, a digital currency mixer, stating that the platform had been utilized in the attack’s money laundering operation. In April, PYMNTS published an article on the Lazarus attack, stating : Ronin Network is a cross-chain payments gateway technology that allows players of the Axie Infinity game to exchange their cryptocurrency for one required in the game and then recover it to eliminate exchange transaction costs.

According to Chainalysis statistics, the majority of the $1.3 billion taken by hackers in 1Q22 has come from DeFi, which includes the Ronin Network as well as other similar initiatives. Lazarus was also believed to have used the stolen funds to support the North Korean nuclear weapons development.

Ether was also the coin created by ex-Ethereum Foundation programmer Virgil Griffith prior to his violation of the International Emergency Economic Powers Act by going to North Korea in violation of sanctions.

Griffin informed the court on April 12 that he had been “cleansed of my obstinate pride and fixation with North Korea.” 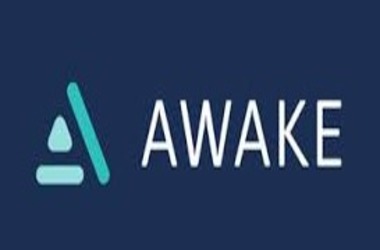