As per new data from blockchain analytics company Chainalysis, the area of Central, Northern, and Western Europe (CNWE), has risen as the world’s biggest cryptocurrency block, collecting over $1 trillion in cryptoassets over the last year.

According to the study, which was published on Tuesday, the CNWE area represented 25% of worldwide cryptocurrency transactions between July 2020 and June 2021. The area saw a significant increase in trading volume throughout all cryptocurrency sub-categories, particularly decentralized finance (DeFi).

Cryptocurrency transactions are defined by Chainalysis as anything comprising trade, investments, or commercial activities. Europe has also turned out to be a hotspot for institutional investment, with trading values in this sector increasing to $46.3 billion in June 2021, up from $1.4 billion in July 2020.

Remarkably, the United Kingdom has the region’s biggest cryptocurrency economy, with $170 billion in trades. DeFi methods were used to send almost half of the money, or 49%.

“The U.K.’s growth is mostly led by increasing institutional investment, with larger transactions accounting for the majority of trade volume,” said Chainalysis senior content marketing manager Henry Updegrave. A cyclical bull market for Bitcoin (BTC), the development of various smart contract platforms, and the advent of decentralized finance all added to the huge surge in cryptocurrency throughout the research period.

It’s no coincidence that CNWE’s cryptocurrency market action topped in May 2021, at the peak of the bull market, only one month after Bitcoin reached $64,000.

Chainalysis’ data supports a growing consensus indicating that big institutional investors have emerged as a key driver in cryptocurrency. Wealth managers, family offices, and other investment firms have invested billions of dollars into Bitcoin and Ether (ETH) investment products from Grayscale, CoinShares, 21Shares, and others.

Well beyond industrialized economies of Europe, Chainalysis study has shown that cryptocurrency use is increasing in developing countries. According to the Chainalylsis 2021 Global Crypto Adoption Index, the top nations for adoption are Vietnam, India, and Pakistan, based on on-chain value derived, retail activities, and peer-to-peer exchange trading volume. 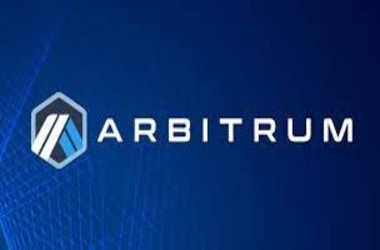