China has more blockchain patent claims than any other nation, representing for 84% of the global total, according to a public official, indicating Beijing’s dedication to the innovation inspite of years of clampdown and a prohibition on cryptocurrencies.

Wang Jianwei, deputy director of the information technology development office at the Ministry of Industry and Information Technology, released the statistic on Tuesday without indicating a time period. He stated that blockchain “ramps up economic integration, solutions for people’s lives, smart cities, and administrative services.”

Blockchain is a decentralized ledger system best recognized for supporting cryptocurrencies, beginning with bitcoin in 2009. The notion that it is open source and doesn’t require a centralized authority to operate has made it interesting for a variety of uses. However, in China, these so-called permissionless blockchains are prohibited and enrollment with the Cyberspace Administration of China is required.

Conversely, China has great expectations for permissioned blockchains, which restrict who may edit the record. Three years back , according to President Xi Jinping, blockchain will play a major role in the forthcoming wave of technical development and industrial advancement.

China led the world in blockchain filings from 2015 to June 2021, followed by the United States and South Korea, based on a research by think tank 01Caijing and patent consultant PatSnap.
Nevertheless, just 19% of China’s applications were ultimately granted, compared to 26% and 43% acceptance rates for US and South Korean submissions, respectively, as per research.

China’s engagement with blockchain is fragile. Cryptocurrencies are prohibited, barring legal participation in abroad popular blockchains such as bitcoin and Ethereum. This may lead to China’s blockchain business being apart from the international community amidst a frenzy of development work in Web3, a sparsely next-generation form of the World Wide Web that is decentralized via blockchain technology.

The Blockchain Service Network (BSN) supported by the Chinese government has been striving to separate cryptos from its ecosystem. It debuted the Spartan Network last month, which forks major blockchains like as Ethereum and Polygon Edge and restricts the usage of fungible tokens for cryptos. 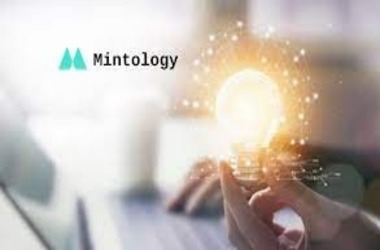