The California-based developer of high-end GPUs, Nvidia, was slapped with a class action lawsuit over its statements regarding the influence of cryptocurrency mining industry on its business this year.

Schall Law, a US-based company for the litigation of shareholder rights, announced the filing of a class action lawsuit in which Nvidia violated the 1934 Securities Exchange Act.

At present, the company is asking investors who lost more than $100,000 after investing in Nvidia’s stock between 10 August 2017 and 15 November of this year to contact them before 19 February.

According to the complaint, Nvidia “made false and misleading market statements.” The document explains:

NVIDIA has emphasized its ability to monitor the cryptocurrency market and make rapid changes to its business as necessary. The company claimed to be “masters in the management of our channel and we understand the channel very well.”

NVIDIA also claimed to the market that any drop in demand for its GPUs among cryptocurrency miners would not have a negative impact on the company’s business due to the high demand for GPUs from the gaming market.

Taking this into account, he adds, Nvidia’s statements “were false and materially misleading throughout the class period.” Investors suffered losses when the market “learned the truth.”
This year, Nvidia’s stock collapsed due to a significant drop in demand for GPUs from cryptocurrency miners.

The decline in demand led to a significantly lower sales volume, which saw Nvidia missing its revenue expectation of $3.24 billion in Q3, as it remained at $3.18 billion. In response to the results of Nvidia, investors sold the stock that saw its price collapse. According to Yahoo Finance data, they are at $133.6 at press time, after falling from $286.

The decline in cryptocurrency GPU demand can be attributed to the year-long bear market of the cryptocurrency ecosystem, which has seen the price of most top cryptocurrencies drop between 80% and 90%. This made it unprofitable for some miners who subsequently saw the hashrate of different cryptos, including Bitcoin, plummet.

The decline of the crypto market has also affected Nvidia’s competition. As covered, AMD revealed in July that it expected revenue from GPU sales to cryptocurrency miners to be “close to zero.” 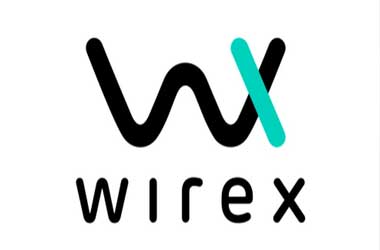