Coinbase, the US based top cryptocurrency exchange, has taken steps to delist XRP from its platform following the news of lawsuit filed by the US SEC (Securities and Exchange Commission) against Ripple.

As per a blog post by Paul Grewal, Chief Legal Officer of Coinbase, the exchange will completely terminate XRP trading beginning January 19 at 10:00 am PST. Coinbase explained that “trading may be halted earlier as needed” to sustain the robustness of the exchange. Furthermore, the termination will supposedly have no impact on Ripple-aided Flare Network’s forthcoming Spark (FLR) token airdrop.

Coinbase is the largest cryptocurrency exchange to take such a stance on XRP following the news on December 22 revealing the SEC’s lawsuit on Ripple blaming the company’s CEO Brad Garlinghouse and co-founder Chris Larsen of conducting an “unregistered, ongoing digital asset securities offering.”

Notably, cryptocurrency exchange OKCoin has also announced that it will delist XRP and stop supporting deposits from January 4. Bitstamp has begun the process of terminating XRP trading for the US residents. Other small cryptocurrency exchanges such as Beaxy, OSL and CrossTower stated that they will take comparable actions.

A Twitter user with handle name PratikKala said “You will soon see Kraken, Bittrex, Genesis, Grayscale and other members of the Crypto Rating Council delist it too. Liquidity will dry up and the remaining market makers in Asia will have to exit it too.”

It seems that Grayscale Investments has already moved away from XRP. As per a Twitter user with handle name “ShardiB2,” the fund has stopped accepting subscriptions for its XRP Trust by stating that it will not process fresh subscriptions or handle pending queries. The Grayscale website clearly states that “XRP Trust private placement is currently closed.”

Now that .@coinbase has delisted $XRP you will soon see Kraken, Bittrex, Genesis, Grayscale and other members of the Crypto Rating Council delist it too. Liquidity will dry up and the remaining market makers in Asia will have to exit it too.

Following the news release by Coinbase, XRP’s price dropped sharply by 10% to $0.25. At the time of writing this article, the crypto has declined further to $0.2261. Notably, XRP has declined by 55.4% in the last week, since the SEC initiated lawsuit claiming breach of securities issue guidelines. 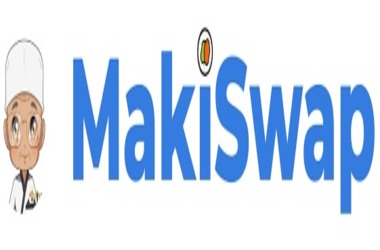