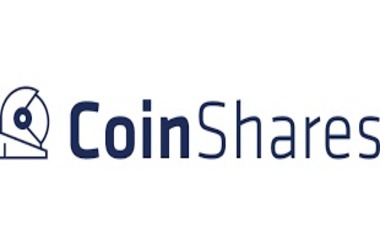 The digital asset management business CoinShares has introduced an experimental Twitter bot. The bot will enable users to determine the current fair market value of non-fungible tokens (NFTs). Nevertheless, a handful of these NFTs have a market value that differs from the estimations, which has drawn criticism.

CoinShares announced the introduction of the CoinSharesNFTAI Twitter bot through a tweet on October 13. According to the business, the algorithm was designed to aggregate numerous data sets from the OpenSea NFT marketplace in order to determine the NFTs’ fair worth.

Due to the volatility of these assets, CoinShares said that the process of valuing NFTs was difficult. Notwithstanding, millions of NFTs were listed on the market, and some lacked a trading history. Some users have been underwhelmed with the estimated NFT levels. One holder of a Goblin Town NFT said that the model applied by CoinShares was unsatisfactory due to the fact that his NFT was priced at 0.88 ETH when he purchased it for 2.694 ETH.

The bot now supports fifty listed NFT projects on the OpenSea marketplace. Top collections such as the Bored Ape Yacht Club (BAYC), Goblin Town, Pudgy Penguins, and Cool Cats are among the supported NFTs. This week, the NFTs have been added to the list of available collections, suggesting that the supported collections will be cycled. A few days after the digital asset management published a study to build an NFT price index, the bot was launched. This index forms the basis for the bot.

In the paper, quantitative trading experts Yanis Bakhtaoui and Hugo Schnoerer said that ERC-721 coins might be uniquely identified using an ID or a set of attributes. In addition, these assets are not interchangeable and cannot be divided. This characteristic assures that the assets are difficult to value since each of these NFTs is unique.

“These characteristics make the NFT market fundamentally illiquid: it is dependent on ask and bid, and if an owner does not choose to sell his NFTs, no one will be able to purchase them,” the analysts said.

According to the research, the NFT market was susceptible to market manipulation techniques such as wash trading. These strategies have a substantial impact on the price of NFTs.
To utilize this bot, users must tweet CoinSharesNFTAI and provide a link to the NFT on the OpenSea marketplace. CoinShares has not yet announced if the bot would eventually be available on other exchanges.