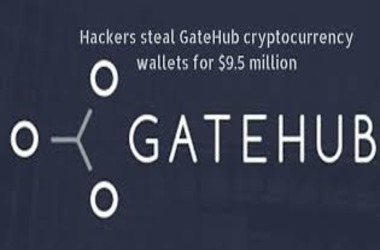 Troy Hunt, a cybersecurity expert who owns the website “Have I Been Pwned,” has stated that password info and personal data of 2.20 million users of two websites have been compromised.

Hunt’s website facilitates internet users to cross check whether their personal info has been undermined by data breaches.

Furthermore, Hunt affirmed that the exposed info was that of customers of cryptocurrency wallet GateHub and RuneScape bot provider EpicBot.

Back in June 2019, hackers were able to access roughly 100 Ledger wallets, resulting in the loss of about $10 million worth XRP crptocurrencies. Furthermore, in June, GateHub cautioned about a phishing scam targeting users of crypto wallets. As per the company, GateHub’s wallet users received fraudulent emails from addresses resembling that of GateHub, for example “@gatehub.com” and “@gatehub.net.”

With the arrival of high-tech security systems, hackers have turned more creative in their attempts to scam or hack a platform. NiceHash, the Slovenia based Bitcoin (BTC) mining marketplace, was hacked in December 2017.

The platform lost nearly 4,700 Bitcoin worth approximately $64 million. The security breach was carried out by highly skilled and organized hackers with expertise in social engineering.