Augur, a decentralized oracle and P2P protocol for prediction markets, has issued an updated plan to considerably minimize downtime and to bring down the risk of another Augur V2 delay. Following the update, REP, the native cryptocurrency of Augur has gained 7.40% to close at $10.40.

Augur is free, public, open source software, with certain parts offered under the GPL (General Public License) and MIT (Massachusetts Institute of Technology) license. Augur is basically a bunch of smart contracts coded in Solidity and deployed on Ethereum blockchain.

Augur is a protocol that can be freely used by anyone. Augur can be accessed via a desktop application, exactly in the same manner of engaging with an Ethereum or Bitcoin node.

On their own, Augur platform users must guarantee that the activities they carry out comply with the legislation in all relevant countries and must recognize that others using the Augur protocol might not always be compliant.

Augur protocol users do this at their own discretion. Augur is 100% peer-to-peer, held and controlled by its users.

There are no middle-men involved while using Augur platform. Trading fees are sent directly to manufacturers and industry journalists. A user can purchase as many stock as he is capable of as long as there is counterparty. Being a protocol without permission, anyone can sign up and create markets anywhere in the globe

Choose any event. Anything is fair game, from elections to crypto prices. If it is not available already, market can be created with just a few clicks.

Buy shares to go long on an outcome, or sell shares to go short. User can trade shares at any time or wait for the outcome.

If a user holds shares of the winning outcome, a payout will be made when the outcome resolves and sent straight to winner’s Ethereum wallet.

Trading on Augur platform is performed with Ethereum, the world’s decentralized processing system. REP is used to report the results of occurrences and dispute them. REP owners are awarded for broadcasting the perfect winning outcome of an event after it happens, while others may argue if they disagree.

Interestingly, all are encouraged to contribute to the development of Augur. The best way to start is to participate in the Augur Discord channel, where layout and growth is discussed by the Augur team on a daily basis.

The target for Augur v2 launch is now early January, 2020. The main bottleneck at this point is integration and UI work. A secondary potential bottleneck is Multi-collateral Dai being ready and sufficiently vetted.

In the updated plan, the September 15th cutoff is maintained but revised as follows: After September 15th, anyone can still create markets, but only Guesser-created markets are guaranteed to resolve before Augur v2 is launched. Users can still trade these markets via Guesser or Augur Native and can also propose market ideas to Guesser. 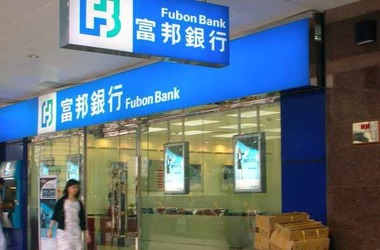