Since Dogecoin boomed, its copies rallied and the most successful of them all has been Shiba Inu (SHIB). It reached its peak with a market cap of over $13B. The Ethereum co-founder took a significant step earlier this week that affected tons of investors.

Shiba Inu creators choose to give a portion of the coin’s stock to Vitalik Buterin’s wallet in order to remove it from the market and add value to the rest of the supply.

Despite the low rates, investors were assured that Vitalik was unconcerned about the tokens and would not jeopardize his credibility for a few dollars.

After Dogecoin’s rise, its forks have grown in popularity, with Shiba Inu being the most popular (SHIB). The crypto hit its pinnacle when the market capitalization crossed $13 billion.

At these rates, Vitalik shifted millions of Shiba Inu coins and given to charity in India in a way that has been portrayed by many as a rug pull. As a consequence, SHIB plummeted in value, losing more than half of its value in the days that followed. Vitalik’s action has sparked a great deal of debate.

Donating to India, where huge numbers of people suffer from Covid-19, was admirable, but it came at the detriment of helpless investors. Shiba Inu is an Ethereum-based venture, which is worth remembering. It’s a part of the landscape he founded.

A few programmers who believe this is a ruse are asking the crypto community to support them start a crypto venture whose primary intention is to compete with Vitalik’s Ethereum. The team wants to start a collective campaign to stop rug pulls, and Ethereum is at the forefront.

The venture will debut on Binance Smart Chain, which has emerged as one of Ethereum’s most formidable contenders. The community will borrow ETH on Venus and dump it for BNB at a low-risk ratio, thanks to a new 4% levy on all trades. Additionally, this would maintain steady pressure on ETH. The pressure will continue to rise as more people purchase $RETH.

“Instead of adding more liquidity to our own token to create a giant ponzi like most meme coins nowadays, Venus Protocol is being used to borrow ETH at very low margin risk (to avoid risk of liquidation) to buy more BNB, contributing to create constant sell pressure on ETH pairs on BSC.”

Shiba Inu bills itself as a billion-dollar study in decentralized impulsive community creation. Binance coin holders would be one of the unintentional beneficiaries if the project succeeds. 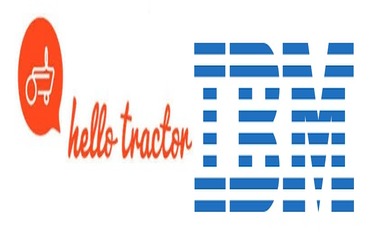