Meme crypto token Doge (DOGE) surged 25% as Elong Must, CEO of Tesla once again highlighted his interest in the crypto. It is not the first time Elon Musk is referring to the Dogecoin.

Once in a while, Musk tweets about Bitcoin (BTC) and the crypto market as a whole. There is always a spontaneous positive reaction from the market for Musk’s tweet.

The previous time Elon Musk tweeted about Dogecoin was in July 2020. At that time he stated that he envisions “Dogecoin standard future.” The statement propelled Doge by 14%. Cryptocurrency researcher Hasu has explained the reason for Dogecoin’s sharp rise.

Hasu points out prices of cryptos are largely driven by “attention.” Therefore, a sudden increase in attention translates to surge in price, specifically in cryptos with low liquidity.

Earlier yesterday, Musk began tweeting about Bitcoin, highlighting its dominance in the crypto market. In one of those tweets, Musk wrote “One word: Doge,” which sparked interest in the altcoin. The enthusiasm increased after Musk amended his profile to “Former CEO of Dogecoin.”

As per data provided by CoinMarketCap, Dogecoin has a market cap of $605.94 million. In comparison with other cryptos such as Bitcoin (BTC), Ether (ETH) and other top decentralized finance (DeFi) tokens, Doge’s commands lower valuation.

Furthermore, as Doge stands as the 46th largest crypto in the world, its liquidity and volume are below the top cryptos. Being an influential person, whenever Elon Musk mentioned about Doge, the cryptocurrency skyrockets along with an increase in trading volume.

Last month, other top altcoins witnessed a comparable trend. For example, XRP skyrocketed in a big manner as Bitcoin started rallying towards $19,000. The crypto eclipsed $0.90 on Coinbase while reaching about $0.75 on top cryptocurrency exchanges.

Bitcoin is my safe word

Traders and technical analysts underline that the sharp rise of Doge paved way for the beginning of altcoin cycles in the years before. A pseudonymous trader referred to as “Crypto Capo” stated:

“Every altseason starts with $DOGE pumping.”

The likelihood of the emergence of an altcoin season is high as Bitcoin is facing resistance at 24,000 as per market-depth data. The trader also pointed out that Bitcoin would probably reach $25,000 initially, decline to $21,000 to test support and then move towards $30,000. The trader wrote:

If such a situation happens, altcoins would be greatly benefited. Traders would likely start taking risk and negate the decreasing volatility in the Bitcoin market. The mix of these aspects indicates that the surge of Doge could underline the beginning of a fresh altcoin cycle in the predictable future.

Dips are for buying. pic.twitter.com/RYQXwFDaTD 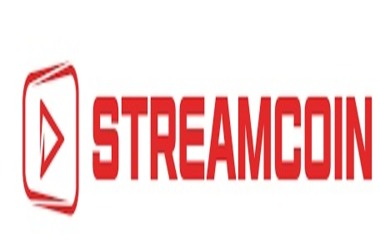