Dutch power companies owned ElaadNL, a lab offering infrastructure for smart charging, made an announcement yesterday that they have satisfactorily developed a Proof of Concept for intuitive power grid for electric vehicles using IOTA, which specializes on the “Internet of Things.”

In its post, ElaadNL has claimed that the PoC proves the ability of smart grid to generate, consume and distribute power among members of the community. The system functions through IOTA’s ‘Tangle Technology.’

Tangle is a third-generation technology, which does not use blocks. It is also a distributed ledger that is light-weight and scalable. The technology assists charging gadgets to automatically determine whether the grid needs assistance in offsetting the load.

The charging points established by ElaadNL allow an individual to earn MIOTA tokens if charging of vehicles is carried out at lower speeds or during off peak hours. In this regard, the official statement explains as follows:

“The grid in this PoC will connect all devices to a particular area of the grid, along with the transformer supplying energy. If one or more devices lower their energy usage, they receive a few tokens of the IOTA cryptocurrency.”

“This proof of concept shows a possible future electricity system where energy is shared amongst neighbours and decentralised islands are capable of balancing itself. We are using our electricity grid in total different way than we did 50 years ago; we went from only consuming to also producing energy.”

ElaadNL has set up 3000 charging points in Netherlands and plans to expand overseas. It is a remarkable decision for both IOTA and automobile industry.

IOTA is making great strides in energy sector. Last month, Energinet, an energy company owned by the government of Denmark entered into a partnership agreement with IOTA. Both parties intend to study several real-world use cases of the Tangle technology. Energinet is planning to build new solutions based on IOTA’s IOT and meet the criteria related to electric vehicles and Green Energy.

Tangle is the special name given to describe IOTA’s directed acyclic graph (DAG) based transaction settlement and data integrity layer focused on the Internet-of-Things (IoT). The Tangle is basically a series of individual transactions that are connected to each other and stored via a decentralized network of node participants.

IOTA has also partnered with automobile and industrial giants such as Audi and Bosch. However, ElaadNL indicates a real-world use case, a milestone in the history of IOTA. 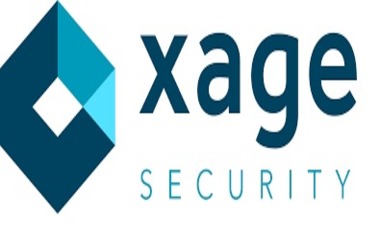